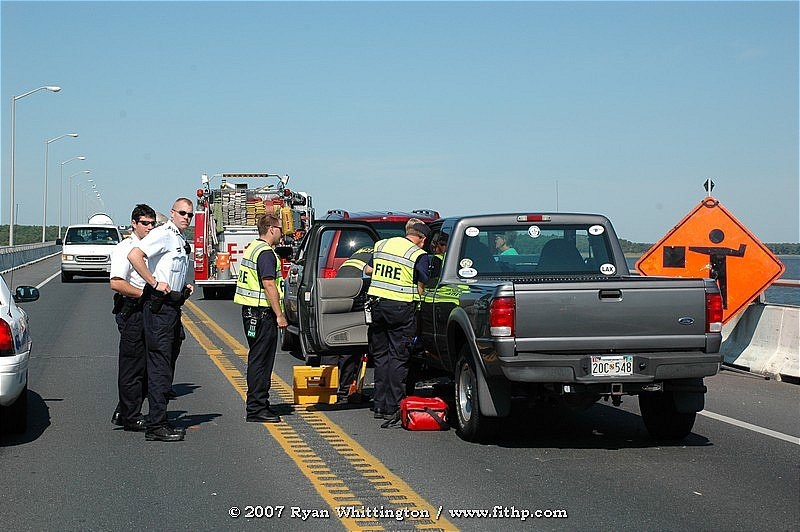 Paramedic 3 arrived on scene and began to assess pts. to find that there were no injuries.
The crew from Engine 16 secured the vehicle and cleaned debris from the road way.

OCPD shut the Route 90 bridge down from approx. 15 minutes. This caused a backup to the Berlin Exit (589).