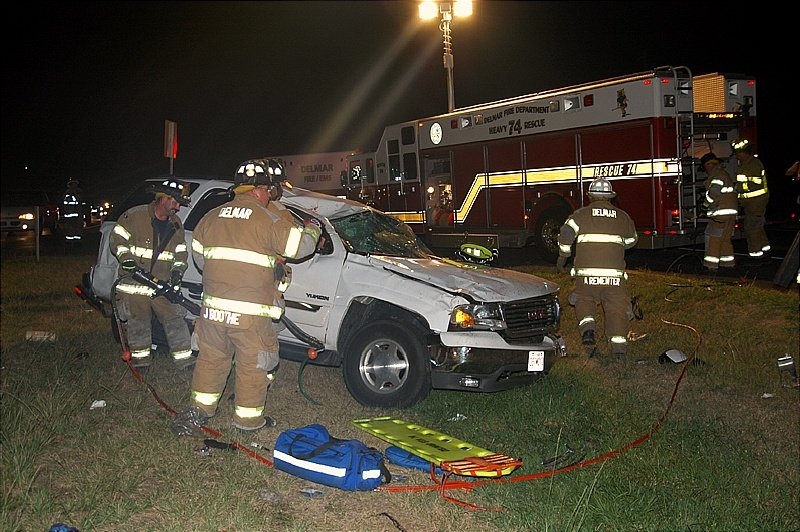 Rescue 74 arrived led by 74-17 (A. Rementer) and set up for a cut job. Crews used the “Hurst” tool to remove both the driver side front and back doors.

Engine 74-3 arrived and used their “Hurst” tool to remove the passenger side front door. Command requested a third ambulance from Salisbury to respond to the scene.

After the rescue was complete EMS crews transported two pri-2 and three pri-3 patients to PRMC in Salisbury for treatment.
The driver said that she tried to avoid hitting a pedestrian that was crossing the highway when she lost control and overturned her SUV several times.