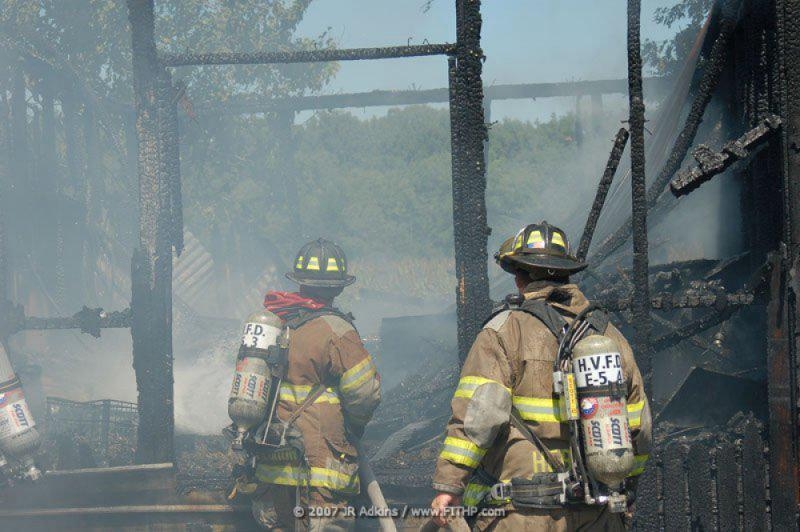 9/1/2007 – At 1338 hours Mardela, Hebron and West Side were alerted for a structure fire in Mardela’s first due at the Calloway farm in Athol, MD. Upon arriving at the scene, Doug Jones (9-17) established Athol Road command.

The crews quickly extinguished the fire but, the building was not saved. The building was used to house fishing nets for the Calloways. At 1400 hours, the situation was placed under control.