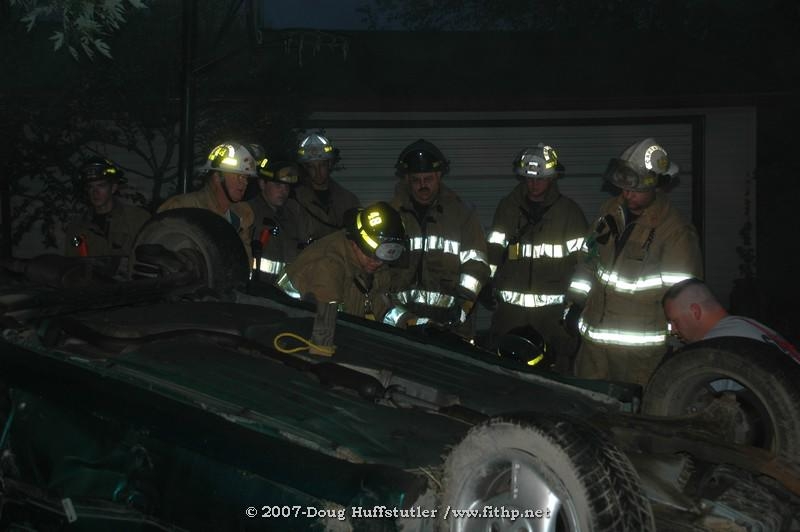 The crew from 48-1 began to extricate the patient from the vehicle under the direction of Captain Watts. It took the crew several minutes to stabilize the vehicle and free the patient.

The patient was transported to Kent General Hospital in Dover via ground. Trooper 2 was down due to weather.