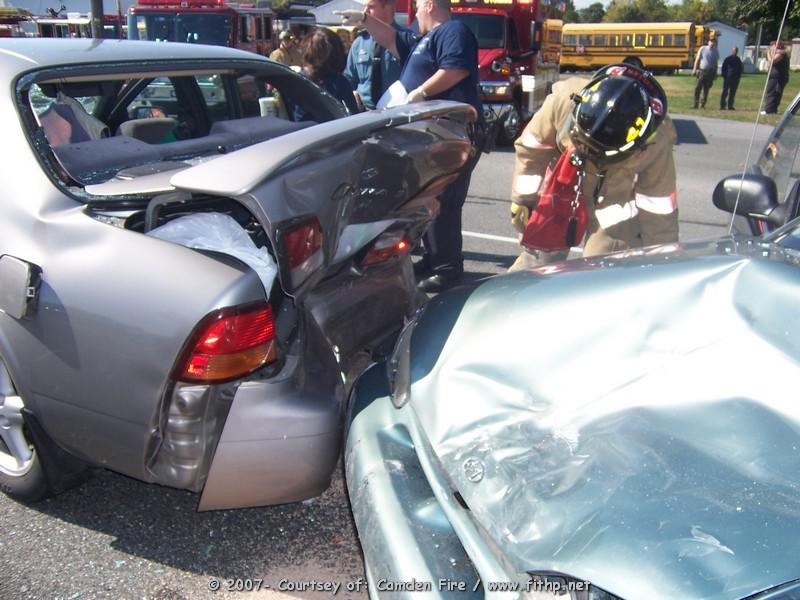 10/20/2007 – Just shortly after 1300 hours, Medic B-48 (Felton) was returning from KGH and witnessed a multiple car accident in front of Dairy Queen on South Dupont Highway, in Camden.

The crew of Medic B-48 began triaging patients and found there to be 2 patients with injuries and 4 other persons who did not wish to seek medical attention.

The crew from 41-3 assisted EMS and began securing the vehilces. Engine 41-1 arrived under the direction of 41-16 (Deputy Chief C. Neese). They assisted Engine 41-3 and began cleaning debris from the roadway.