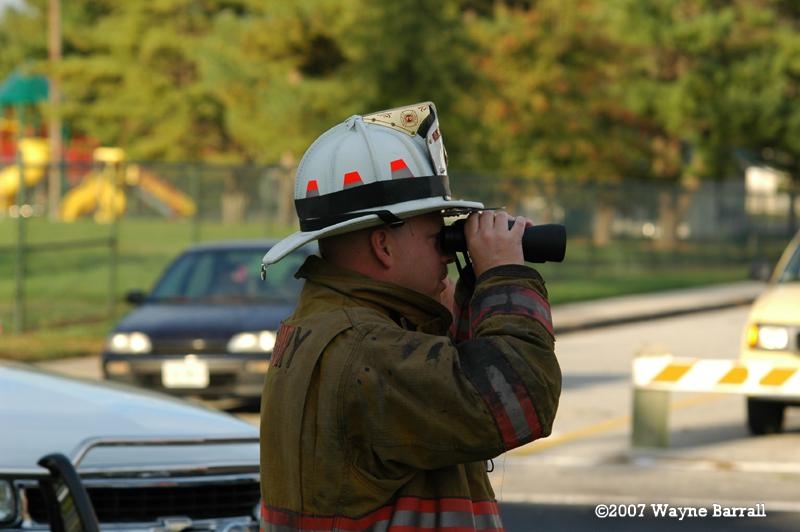 11/1/2007 – Salisbury Fire Department Sta.16 was alerted for an unknown type spill on Lake St in the area of Chipman Elementary School. Engine 16-1 arrived on location to find a gallon jug in the roadway with a vapor cloud in the area. The call was then upgraded to a hazmat assignment bringing in more man power and a request for Emergency Management to the scene. Hazmat crews suited up and tested the unknown substance. After investigation crews found the substance to be Muriatic acid, a very strong cleaning chemical. The decon team soaked the area with soda ash to neutralize the acid. The area was then washed down by fire crews and declared safe.

During the incident children that were arriving to school were dropped off by school buses a few blocks away. The Wicomico Co Sheriff’s Department closed down several streets during the alarm.