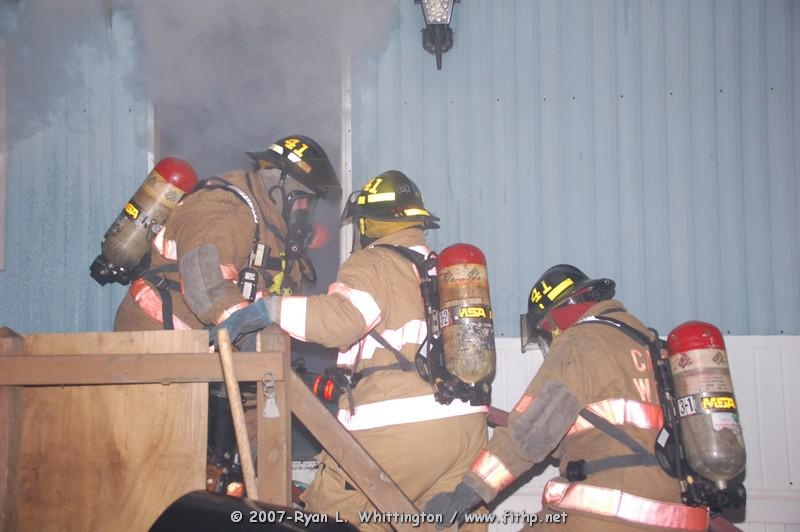 Dispatchers automatically put the equipment on K-Tac 4 (Operations Channel) confirming it was a working fire. Numerous 911 calls were received on the alarm.

Chief Seaman requested a Tanker Company out of Station 55 (Magnolia) shortly after arriving on scene to assist.

Crews worked on scene for just over an hour with winds out of the North at 12-15 MPH with wind gusts WNW at 30 MPH.