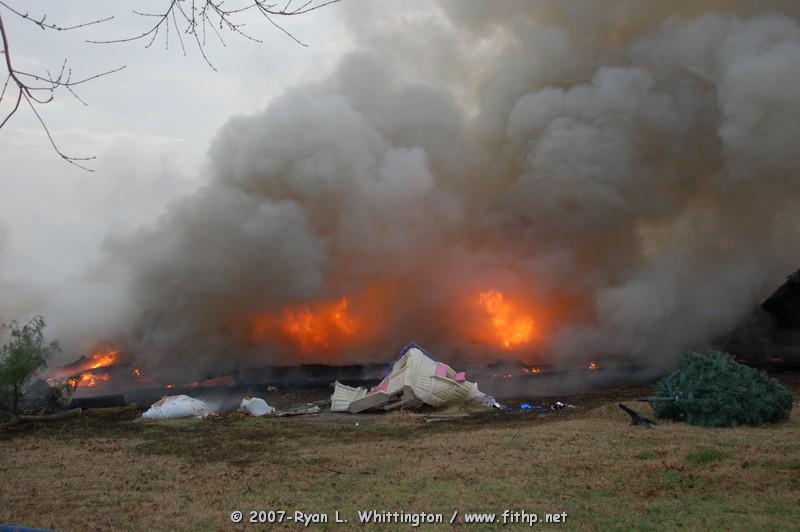 Command 81 responded with Deputy Chief Jeff Hill. Heavy smoke was visiable from the Delmar area. Command arrived on scene to find an old chicken house that was converted into a store area fully involved.

Engine 81-4 arrived on scene and layed a supply line at the driveway. Crews began to extinguish the fire. Shortly after handlines were in service 71 Fire Crews arrived and began to assist with the suppression.

A small fire was started by residences to burn a small pile of trash… That quickly changed when the entire shed was envolved.

Deputy Chief Hill had the situation undercontrol and terminated within an hour.