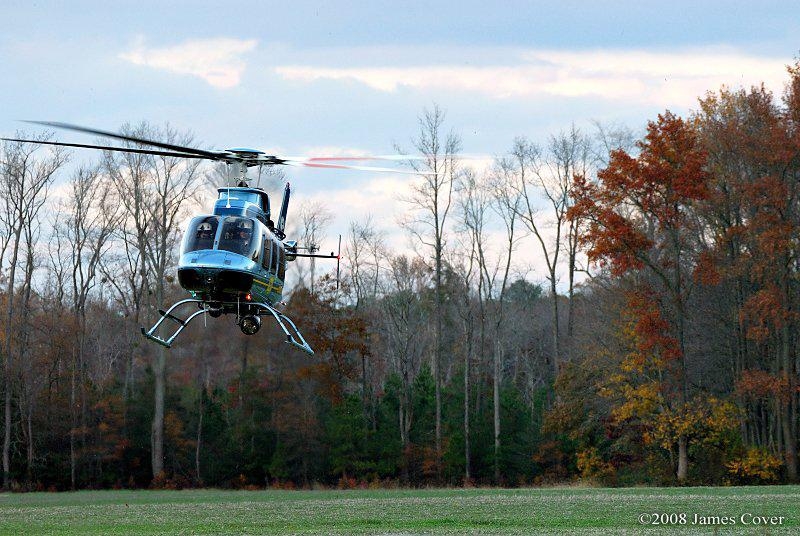 11/9/2008 – On November 9th at 16:15 Sussex EOC asked Trooper 2 to stand-by for a dispatch in the Laurel area. LFD along with Medic 102 and Trooper 2 were dispatched for a MVC with entrapment at the intersection of E. Trap Pond Road and Laurel Road, the intersection known as Whaley’s Crossroads. Deputy Chief Jeff Hill responded as 81 Command. Rescue 81 responded with Asst. Chief Mike Lowe as Officer. Engine 81-3 responded from the substation and arrived on scene first with Rob Givens acting as officer. Hill arrived on scene and went to Laurel Road Command. Members Jason Boyce and Brandon Givens were on scene and advised Hill that the incident involved seven victims, one of which had heavy entrapment. Command notified EOC to upgrade the incident to a Level I Multi Casualty Incident. Ambulances were dispatched from Blades, Delmar and two from Gumboro. Sharptown sent an ambulance to Laurel to cover its district as Blades did with an Engine. Command ordered Asst. Chief Lowe to act as Operations Officer. Rescue Capt. Eric Whaley was placed in charge of the Extrication. Paramedic John Jacobs was made Medical Command. Brandon Givens acted as Triage Officer. Victims were moved from the scene to Peninsula Regional Medical Center with the exception of the driver being extracated. Firefighters Keith LeCates, Jim Furbush, Eric Whaley began the extrication from Rescue 81. The crew from 81-3 stablized the vehicle and began glass removal. The victim was freed after about thirty minutes and moved to Trooper 2 for transport to Christiana. 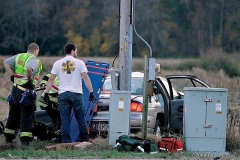 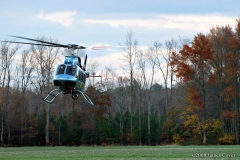 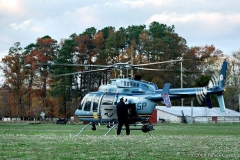 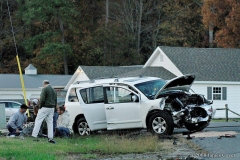 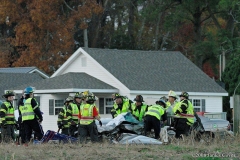 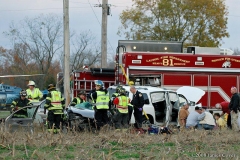 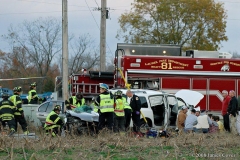 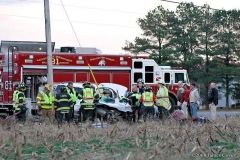 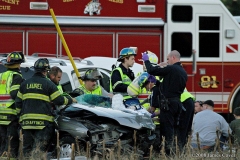 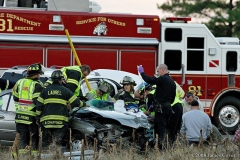 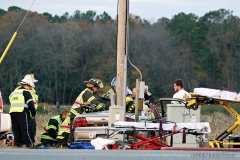 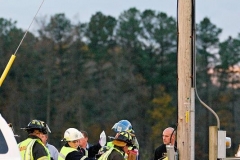 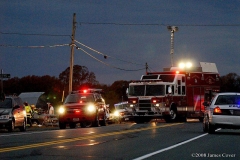 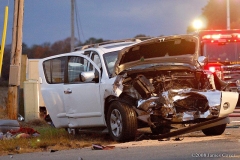 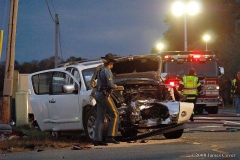 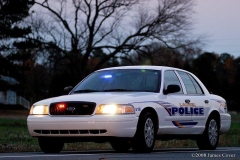 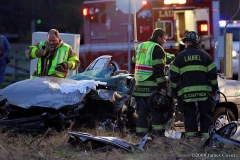 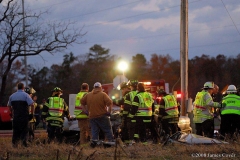 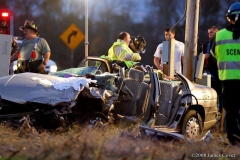 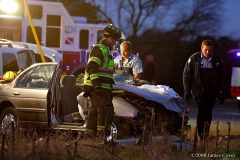 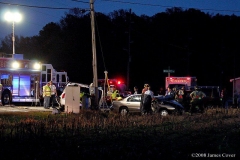 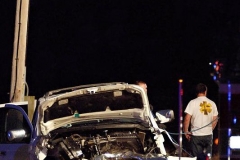 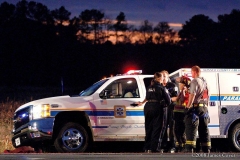