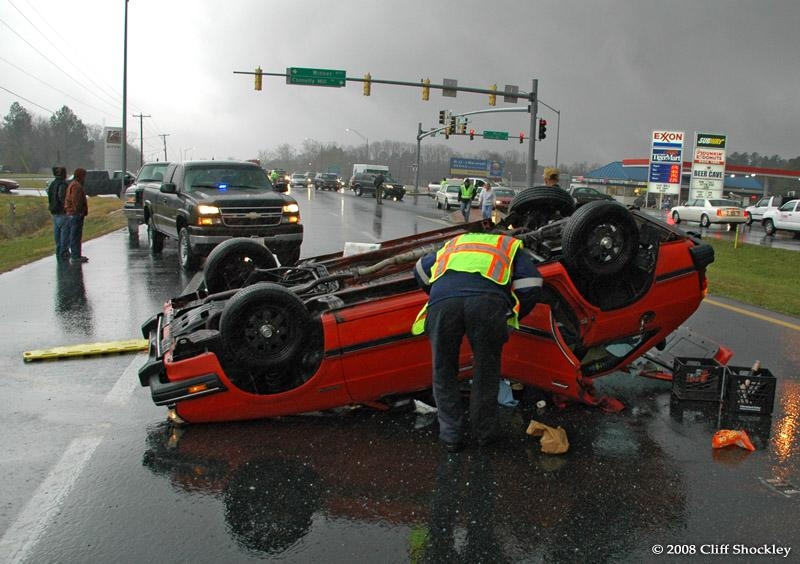 1/7/2009 – The Delmar Fire Department responded to a accident with injuries & rescue on Rt.13 and Connelly Mill Rd. Crews arrived to find a passenger car upside down with a female passenger still inside the car. EMS crews started to provide patient care while rescue crews put together a game plan for removal of the patient. Due to heavy rains some of the crew got some tarps and covered the patient to protect her from the rain. It was found that they would be able to remove the patient without using the Hurst Tool. They boarded the patient inside the car and slid her thru the passenger side window. She was loaded into Paramedic A-74 and transported to PRMC in Salisbury for treatment. The driver was able to get out of the car on his own power and refused treatment at the scene.
FITHP Photographers Billy Adkins & Cliff Shockley were on scene. FITHP Photographer Wayne Barrall was on scene and helped with the rescue operation. 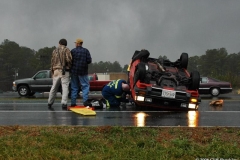 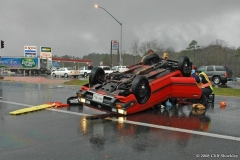 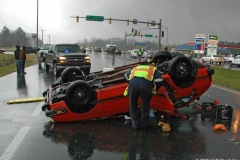 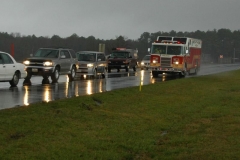 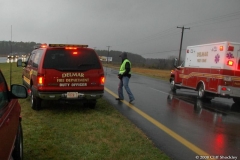 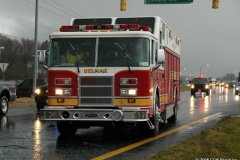 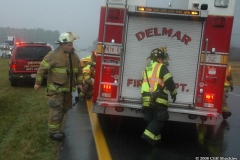 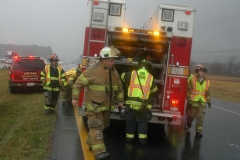 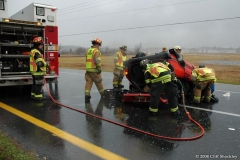 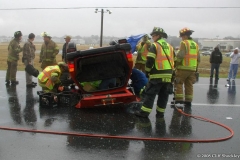 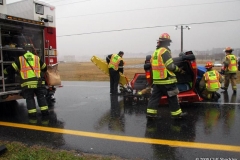 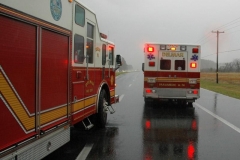 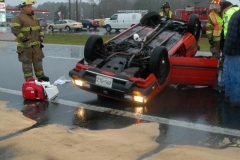 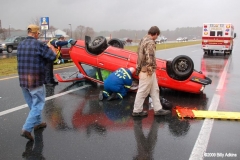 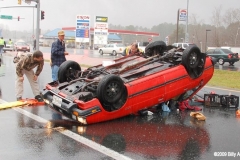 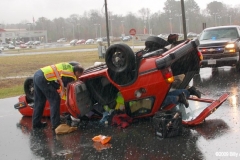 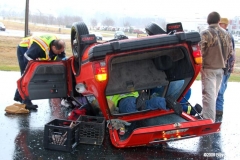 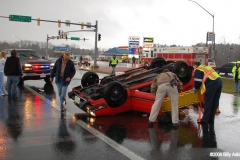 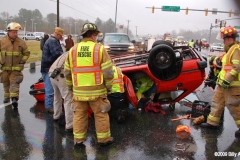 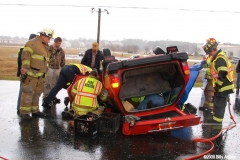 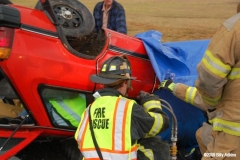 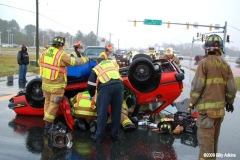 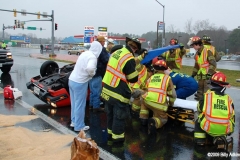 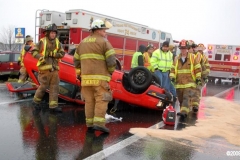