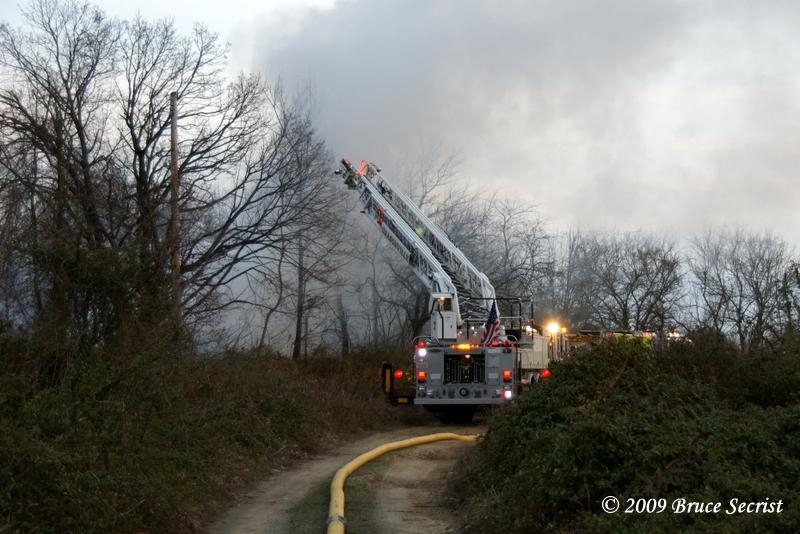 3/31/2009 – At 6:50 PM Queen Anne’s County Station 4 (Goodwill), Station 3 (Queenstown), Station 8 (Queen Anne-Hillsboro), And Station 2 (Grasonville) were dispatched for a structure fire on Grange Hall Road in the area of Route 213. Ambulance 40 was approaching the scene and reported heavy fire showing next to the Osprey store. Upon arrival of Engine 44, Officer 405 (D.J. Whitby) reported one structure fully involved, and established command. A water shuttle was set up from a hydrant at Chesapeake College. The fire was quickly knocked down, leaving only small hot spots. After approximately one hour command placed the situation under control holding all units working. The cause of the fire is being investigated by the Fire Marshall’s office. 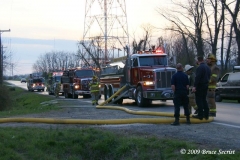 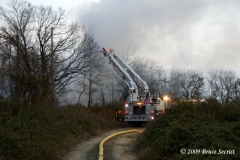 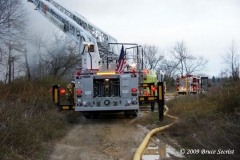 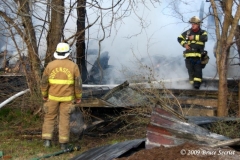 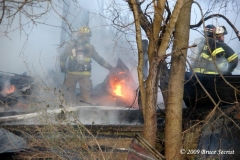 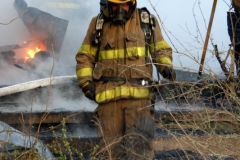 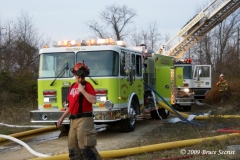 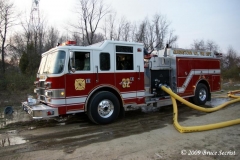 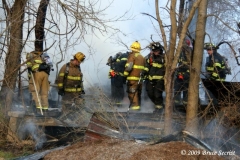 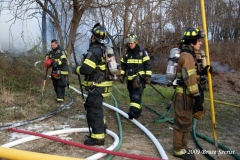 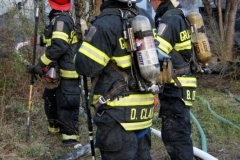 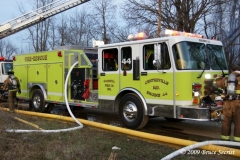 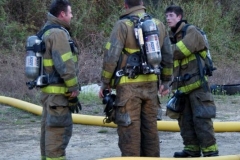 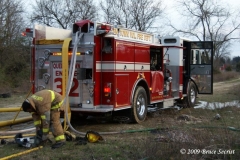 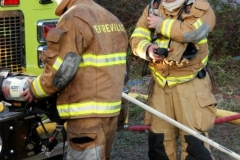 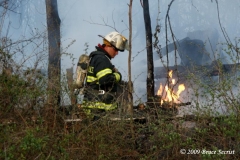 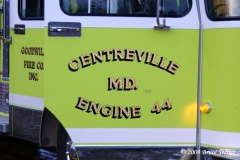 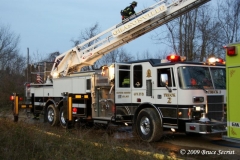 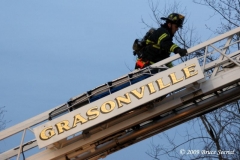 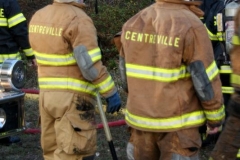 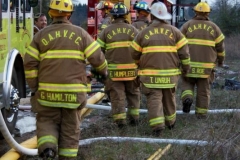 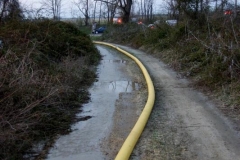 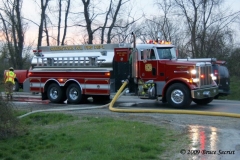 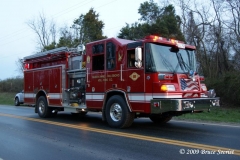 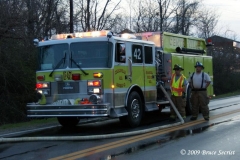 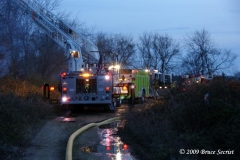 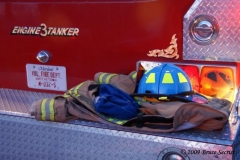 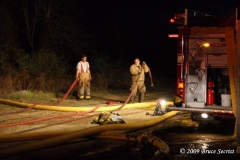