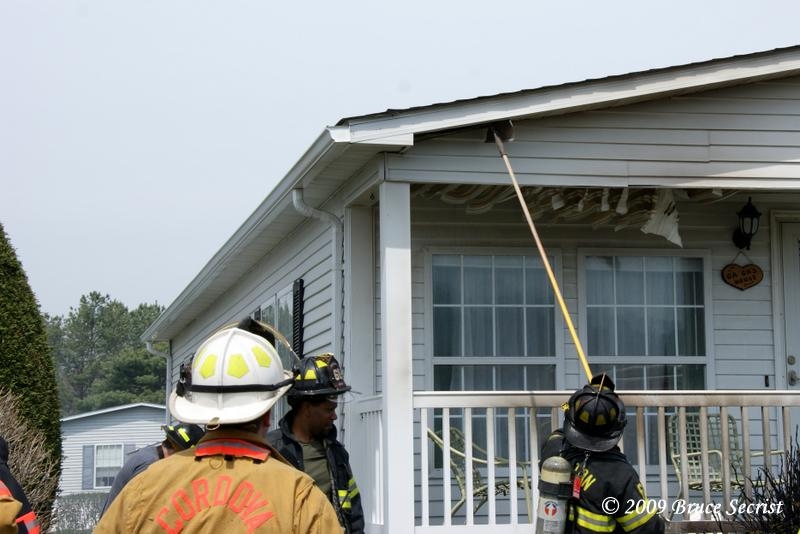 4/10/2009 – At approximately 12:45 PM Talbot Center dispatched Station 60 (Easton), Station 50 (Cordova), and Paramedic 90 for a structure fire at 7 Downing Street in the Hyde Park development. Paramedic 90 arrived on location and reported a bush on fire with extension to the porch. Chief 60 (C.R. Chance) arrived on location and established command. Thanks to a quick knock on the fire, damage was minimal. The situation was placed under control about 15 minutes later. The State Fire Marshall’s Office is investigating the cause of the fire. 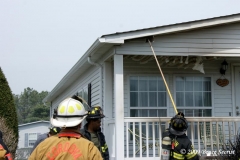 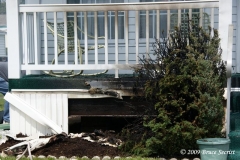 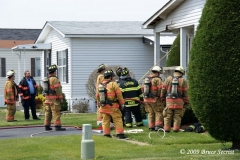 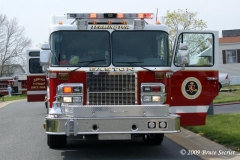 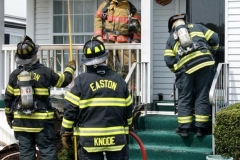 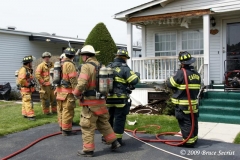 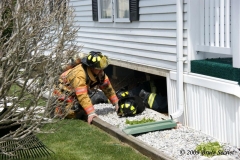 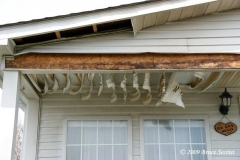 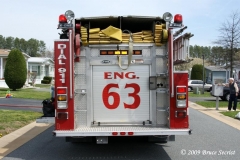 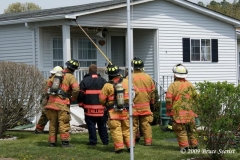