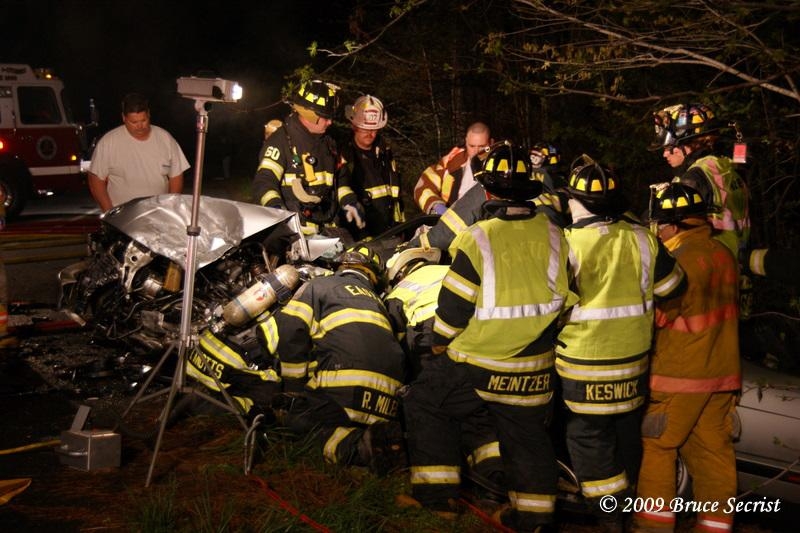 4/25/2009 – At approximately 4:45 AM Talbot Center dispatched Station 60 (Easton) along with Paramedic 90 and Paramedic 96 for 10-50 PI reported to be serious with entrapment and one vehicle on fire. Chief 60 (C. R. Chance) arrived on location, established command and reported three vehicles with one fully involved. One patient was confirmed to be trapped and extricated by the crews from Engine 68 and Rescue 61. Due to the injuries of three patients they were transported to the University of Maryland Shock Trauma Center by Trooper 6 and Trooper 7. Engine 65 handled the landing zone at the MEBA School of Engineering. The investigation is being handled by the Maryland State Police. 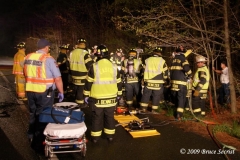 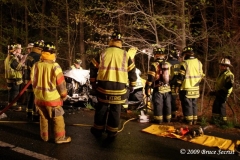 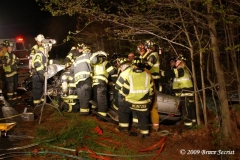 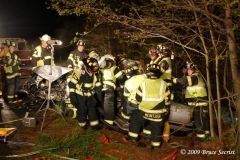 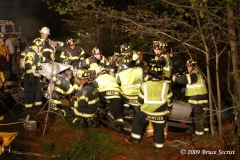 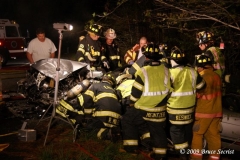 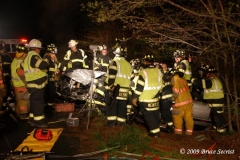 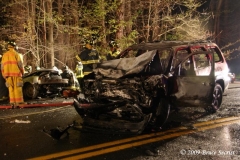 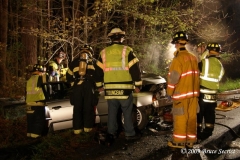 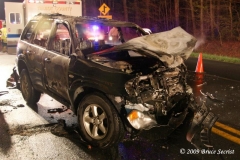 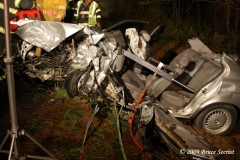 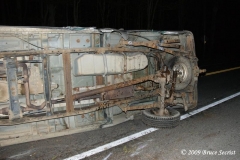 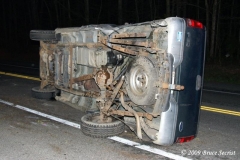 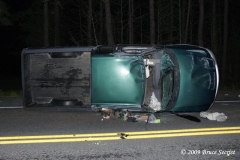 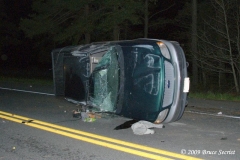 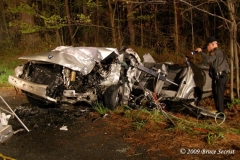 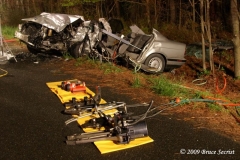 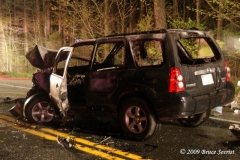 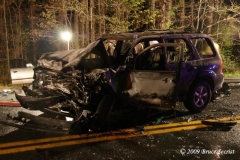 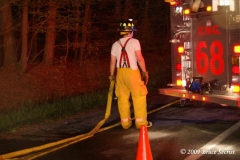