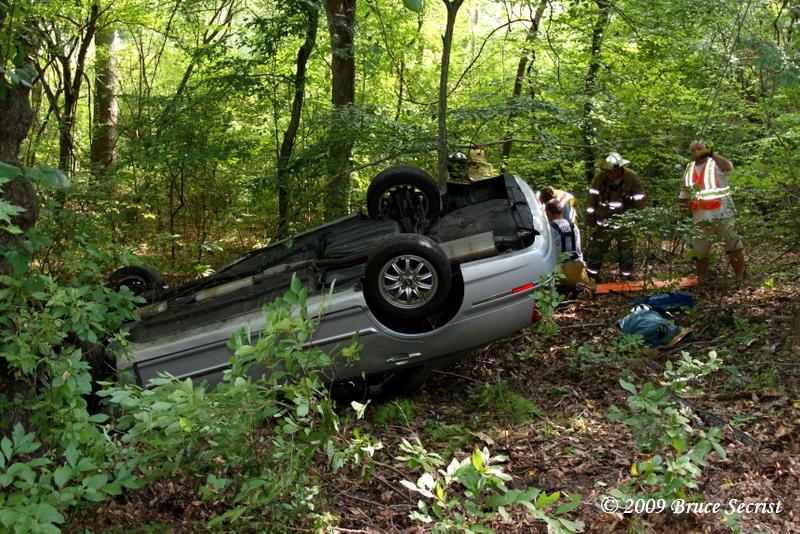 Engine 51 arrived on location, Officer 503 (L. Larmore) reported one vehicle overturned in the woods and established “Old Wye Mills Road” command. The only occupant was out of the vehicle and packaged for transport by Ambulance 51 to Memorial Hospital at Easton. A short time later the situation was placed under control and all units were released. The accident is being investigated by the Maryland State Police. 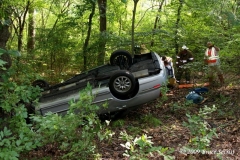 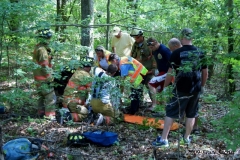 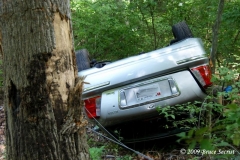 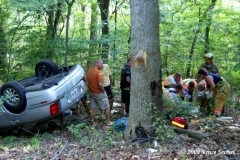 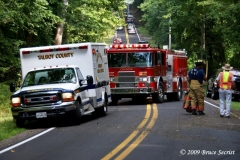 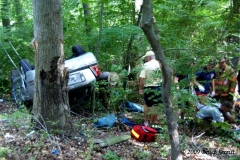 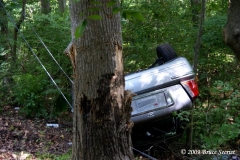 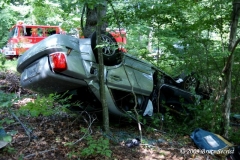 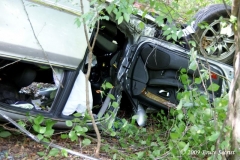 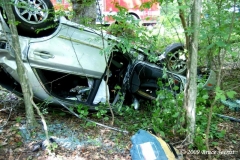 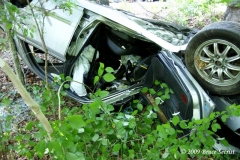 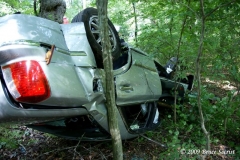 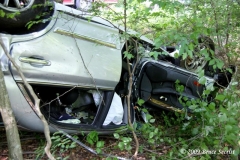 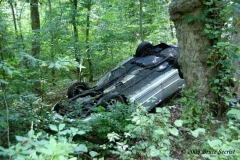 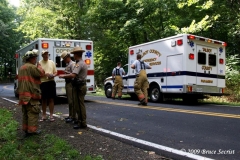 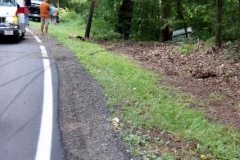 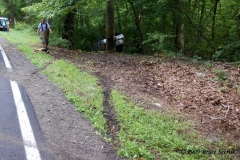 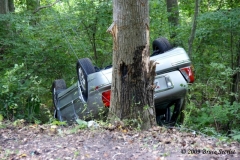