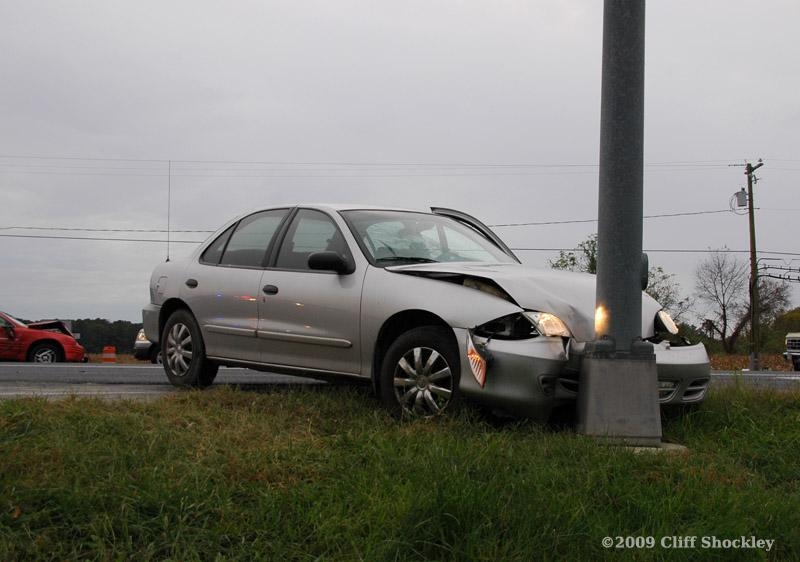 10/14/2009 – At 5:55pm, Wicomico Central alerted Station 5 (Hebron) to a Head-On MVC with injuries along US50 Business at Naylor Mill Rd. Crews arrrived to find a red Pontiac Grand Am collided head on with a Silver Chevy Cavalier, which then spun and proceeded to run head on into a steel street light pole. A blue Pontiac G5 is also believed to be involved. A Salisbury paramedic unit was called in to transport one of the drivers, another was transported by Hebron’s Paramedic B-5. It is believed a third driver refused transport at the scene. US50 westbound was completely shutdown during the event, along with one lane of eastbound US50. The situation was placed under control at 6:20pm, with police on scene and one lane of US50 westbound was closed for an additional amount of time for vehicle removal. 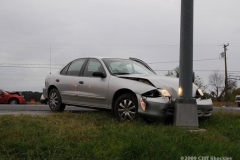 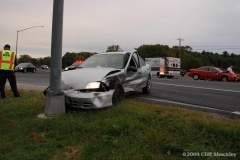 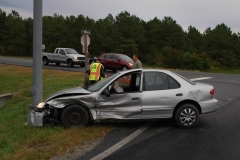 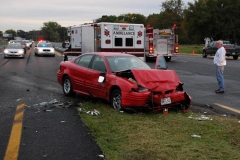 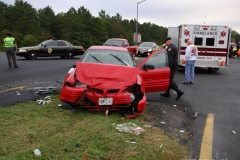 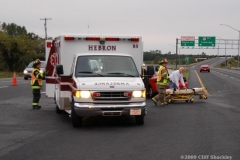 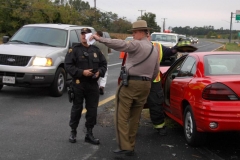 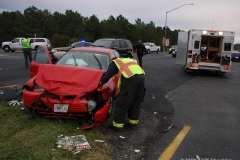 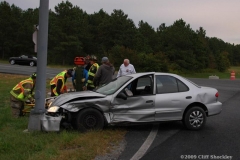 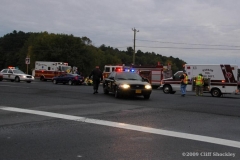