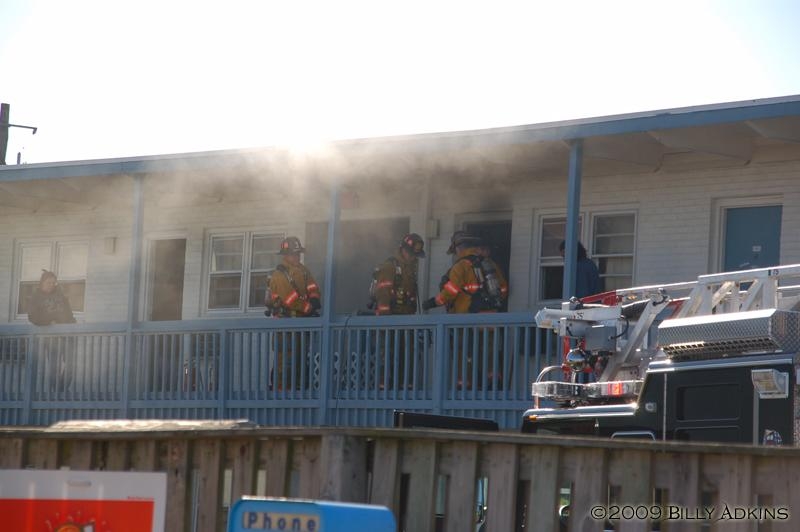 11/3/2009 – The Salisbury Fire Department was alerted to respond to a reported building fire at the Thrift Travel Inn on N. Salisbury Blvd at approximately 0923 hours this morning. Units responded from all three Salisbury Stations, 16, 2 and 1. Crews arriving on scene found smoke showing from a second floor room. Preparations were made to secure a water source from the hydrant with large diameter hose placed in the street. The crew of Engine 16 made the initial investigation of the room of fire origin, Room 203, and found a small fire in the room’s air conditioning unit. The fire had begun to spread to the curtains. Crews knocked the fire quickly with the use of several fire extinguishers. The situation was placed under control at 0931 hours.

Engine 1’s crew attempted to evacuate the structure of any and all occupants, while subsequent crews worked on smoke removal. Neighborhood Services for the City of Salisbury was requested to the scene and they did make a response. Approximately twenty firefighters made a response to the scene. 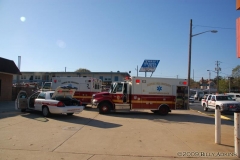 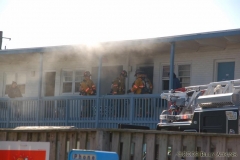 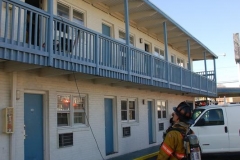 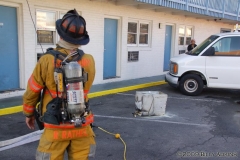 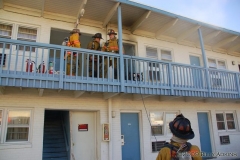 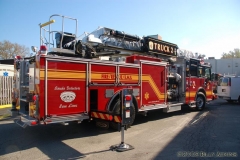 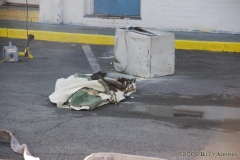 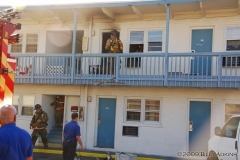