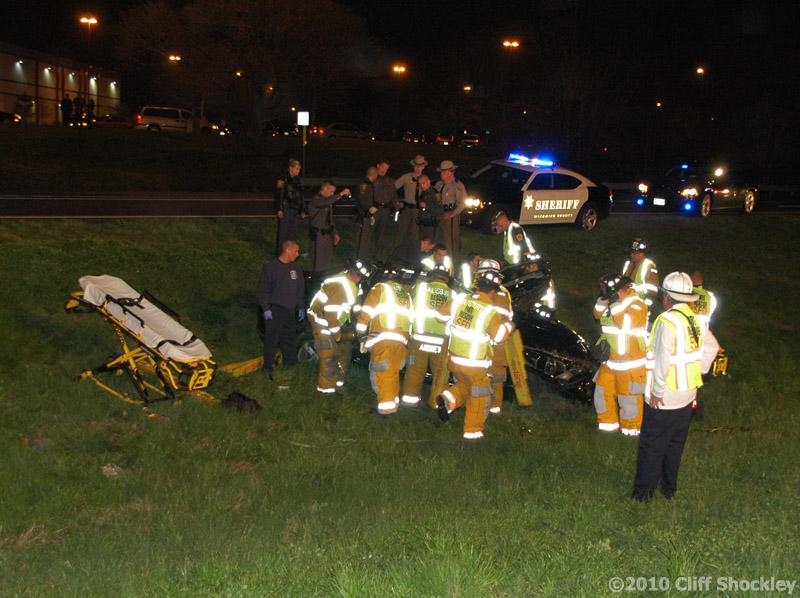 4/3/2010 – At 12:15am Wicomico Central alerted Stations 2 & 16 to MVC with Rollover on the Salisbury Bypass near the N. Salisbury Blvd. exit (adjacent to Regal Cinemas). A black Mazda MX-3 left the roadway, rolling over, ejecting the male driver, with the car landing upright on top of him. Maryland State Police & Wicomico County Sheriff’s deputies were quick to arrive and assisted fire personnel with lifting the car off the victim. The victim was transported Priority 1 to PRMC, with what is believed to be potentially life threatening injuries. The female passenger was also transported Priority 1 with what is believe to be serious, but non-life threatening injuries. State Police remained on scene investigating. 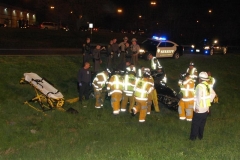 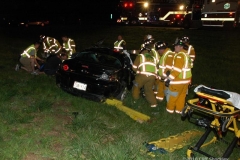 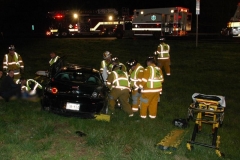 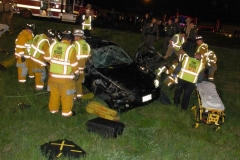 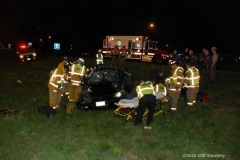 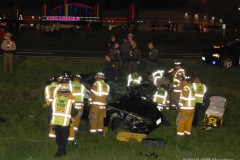 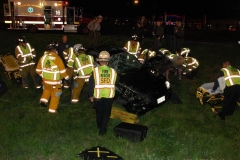 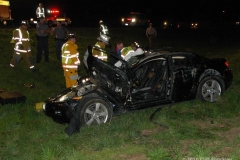 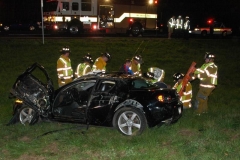 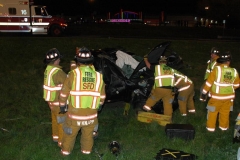