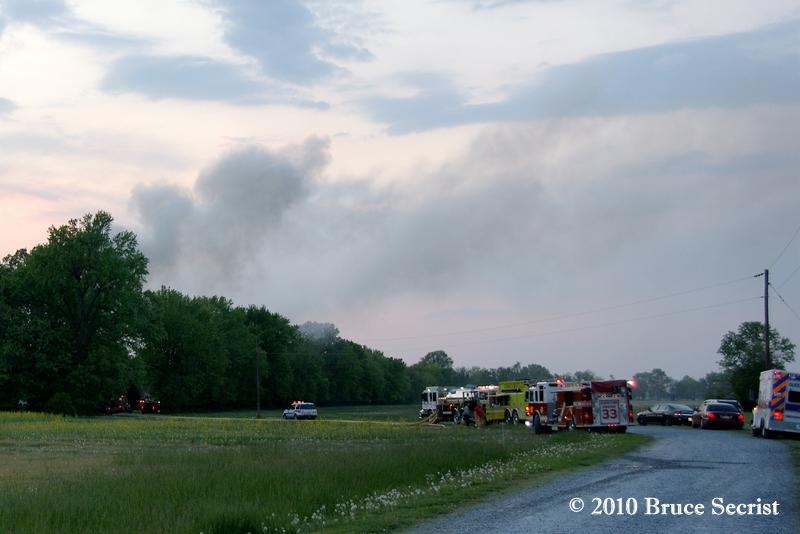 Crews from Engine 25 and Engine 32 pulled several hand lines and began an aggressive attack on the large blaze. Due to the amount of heavy fire and exposures, Command requested the Tanker Task Force. Two firefighters working on a ground ladder were injured when the front part of the building collapsed. The injured firefighters were transported to a local hospital with minor injuries, where they were treated and released. Crews remained on the scene for approximately 4 hours battling the blaze and doing extensive overhaul.

The Red Cross is assisting the displaced occupants of the residents. The cause of the fire is being investigated by the Fire Marshall’s Office 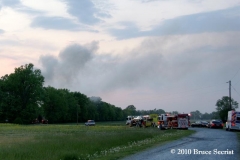 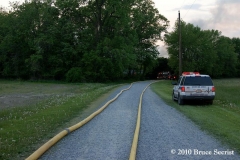 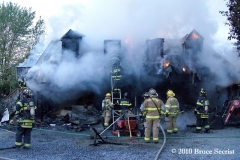 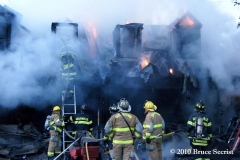 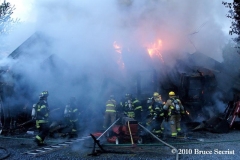 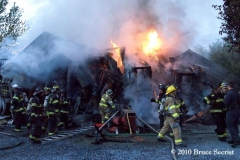 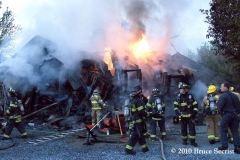 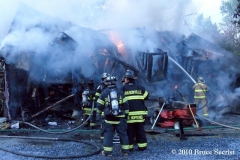 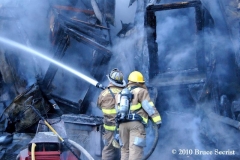 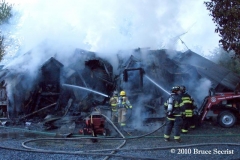 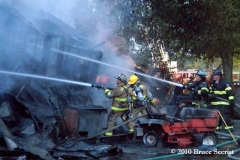 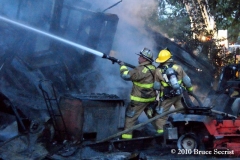 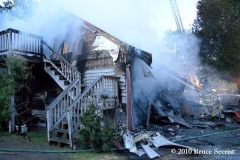 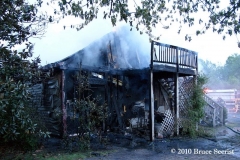 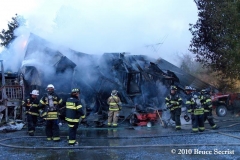 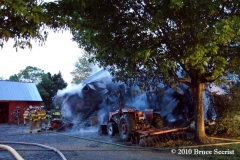 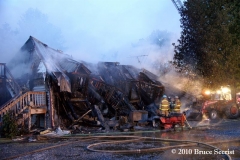 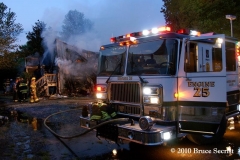 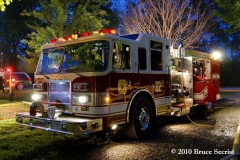 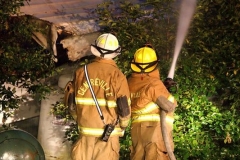 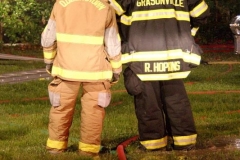 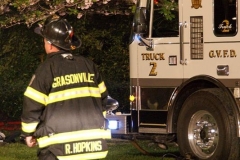