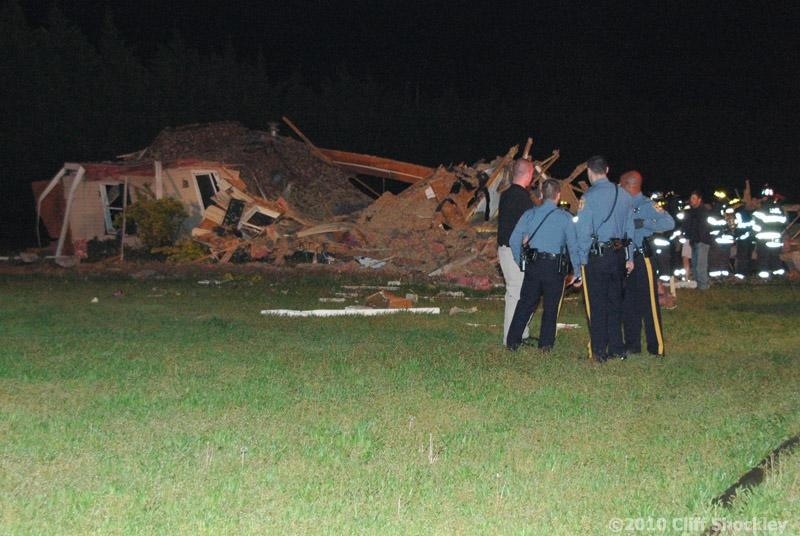 Crews arrived to find a double-wide mobile home rocked off its foundation and a majority of it collapsed. Debris was strewn for quite a distance. It is believed that a family of 5, 3 children and 2 adults, was in the house at the time, 4 escaped, and a 26 year old male was trapped for an extended period. The extent of the injuries to the victims is not known at this time.

There was propane service at the house, however there was no immediate indication of fire, nor was the storage tank ruptured. The State Fire Marshall’s office is expected to have an invesitgation team on location well past midnight.

Photographers Cliff Shockley and JR Adkins were on scene. 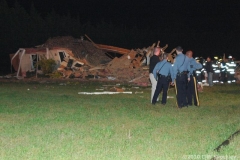 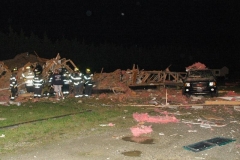 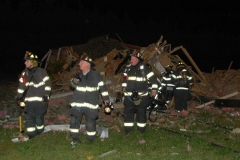 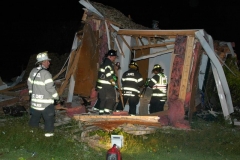 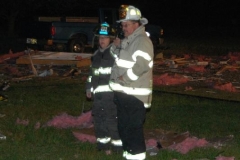 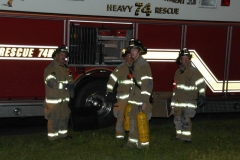 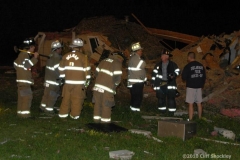 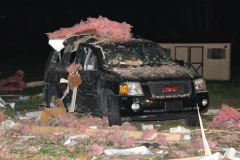 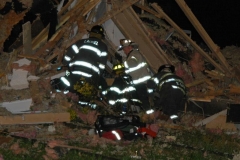 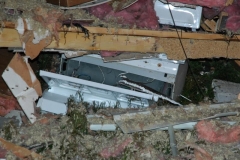 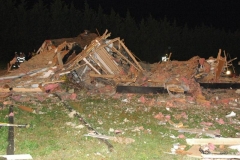 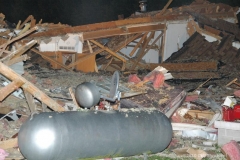 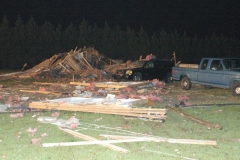 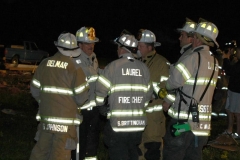 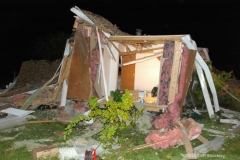 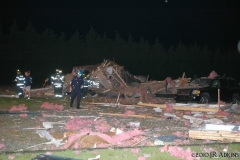 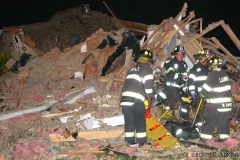 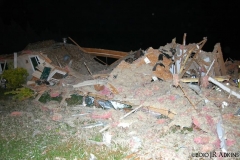 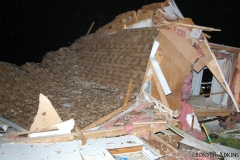 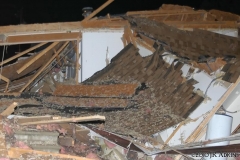 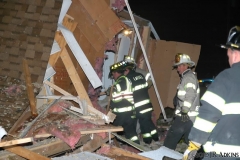 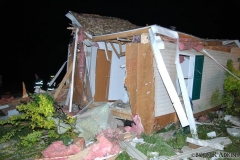 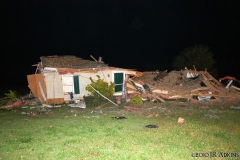 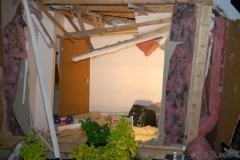 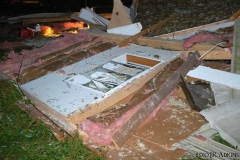 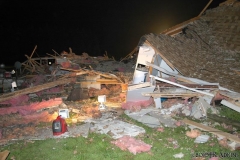 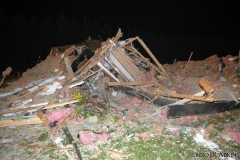 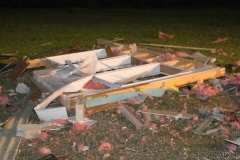