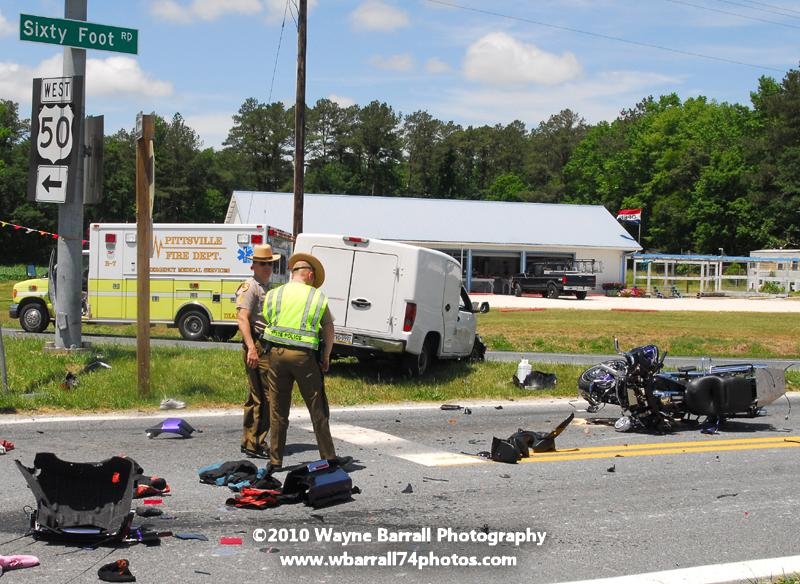 5/25/2010 – Maryland State Police say a Florida man is dead after the motorcycle he was riding was struck by a truck on Route 50 in Pittsville early Tuesday afternoon.

Authorities say Singleton was unable to avoid the work truck and collided with it. Singleton was taken to Peninsula Regional Medical Center where he was pronounced dead. Nannini refused any medical treatment at the scene, according to police.

Troopers say speed of the motorcycle does not appear to be a factor in the collision, nor was either operator under the influence of alcohol.

Charges are pending against Nannini upon consultation with the Wicomico County State’s Attorney’s Office, according to police. 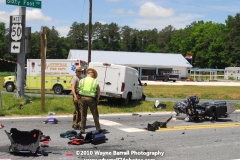 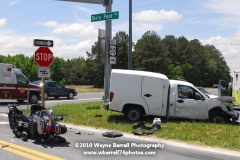 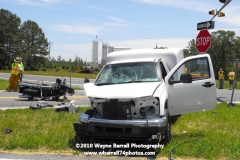 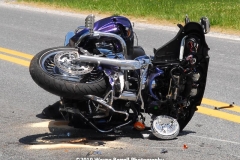 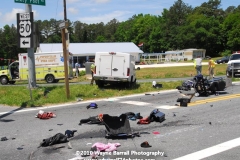 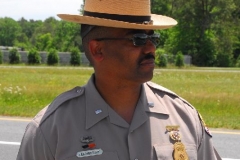 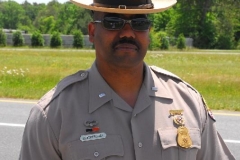 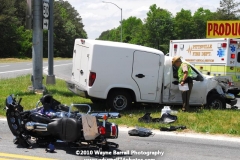 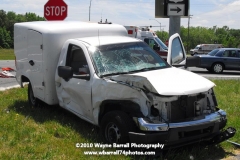 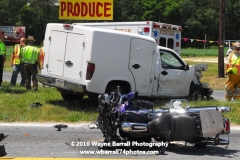 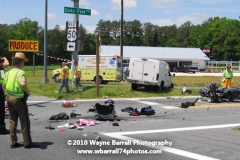 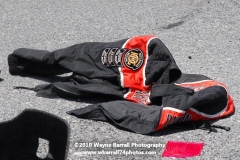 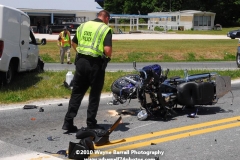 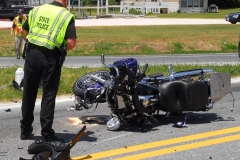 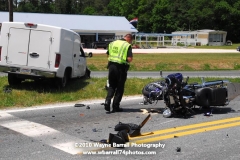 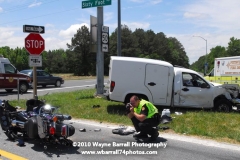 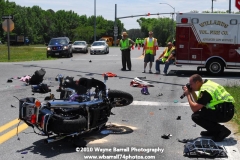 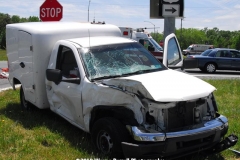 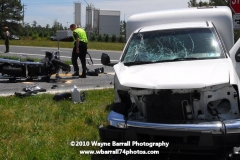 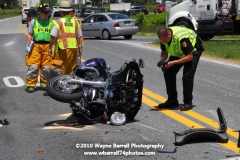 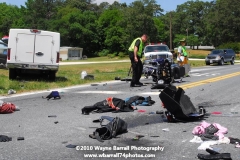 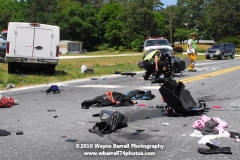 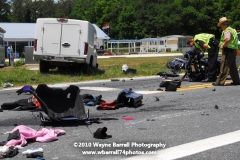 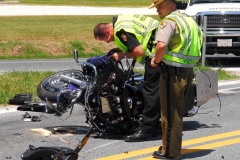 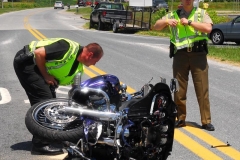 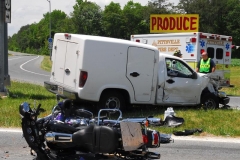 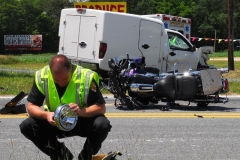 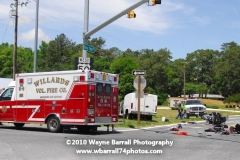