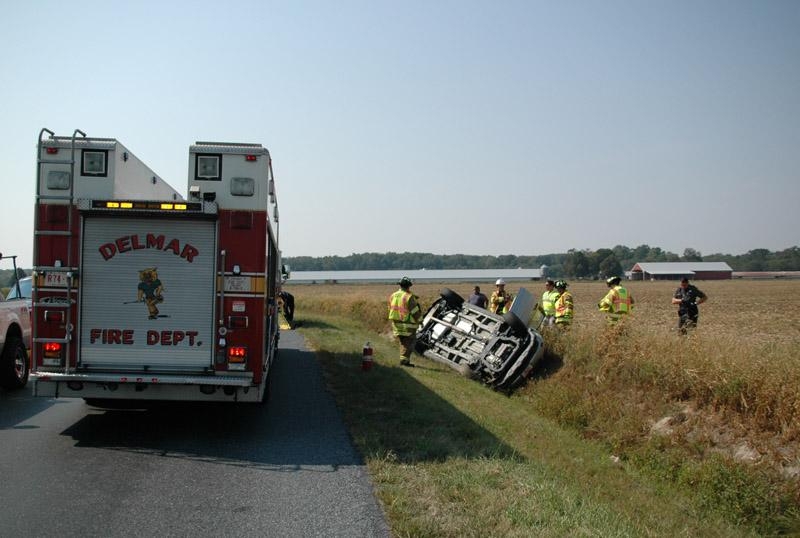 9/24/2010 – Friday was a busy day for Station 74, with 8 or more Fire/EMS calls for the day. Delmar crews were just clearing one MVC, when another was dispatched just before 1pm. Due to both Delmar ambulances being tied up with previous calls, Paramedic 16 out of Salisbury was called in to assist. The driver of a Chevy Equinox SUV lost control around a corner and landed upside down in a ditch. Crews were able to remove him in about 7 minutes, he was transported to PRMC. 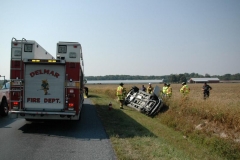 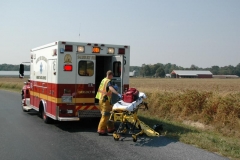 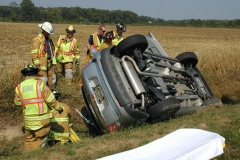 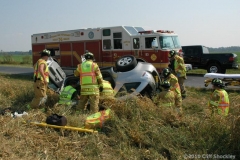 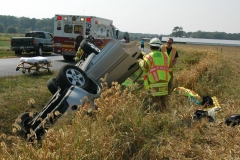