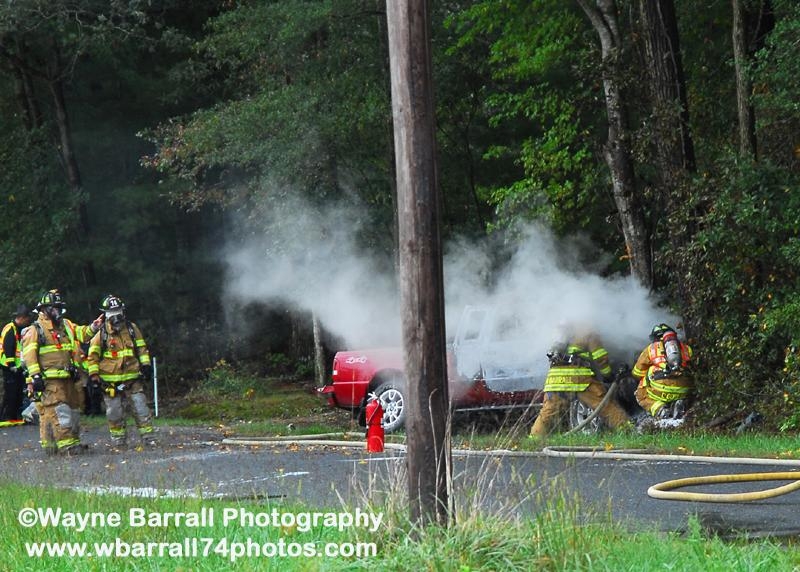 9/28/2010 – On 9-28-10 the Delmar Fire Department responded to a reported accident with injuries and vehicle on fire. 74 Command arrived first and found a pickup truck that had left the roadway and collided with a large tree head-on and was fully involved with fire. Engine 74-3 arrived and put one 1 ¾ hose line in service to extinguish the fire. Rescue 74 arrived and used its Hurst Tool to open the hood up to gain access to the engine compartment. Just prior to Engine 74-3 arrival by standers on scene reported a large explosion from the vehicle. After the fire was out firefighters found 2 B size home oxygen tanks inside the driver’s compartment of the vehicle, one of them exploded. One female driver was taken to PRMC in Salisbury Md for treatment.

Melson Rd was shut down for nearly an hour while Wicomico County Sheriff Department conducted an investigation into the cause of the accident. 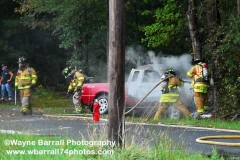 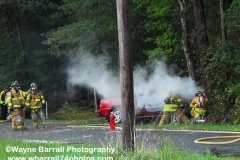 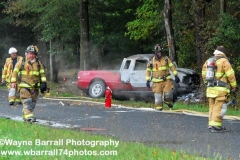 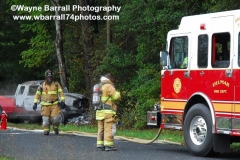 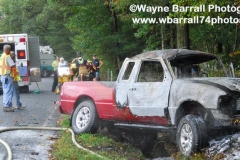 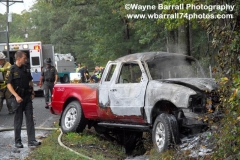 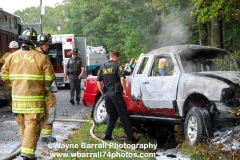 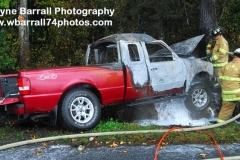 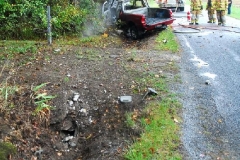 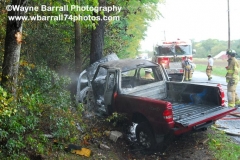 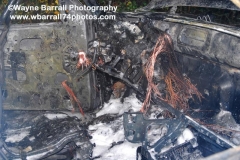 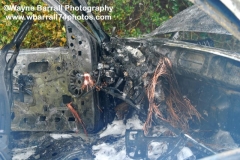 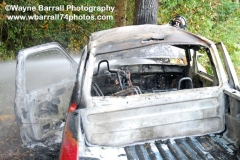 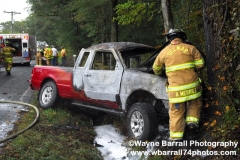 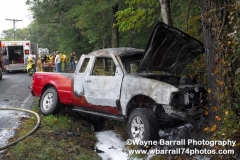 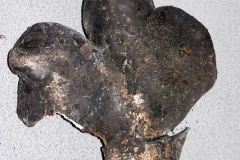