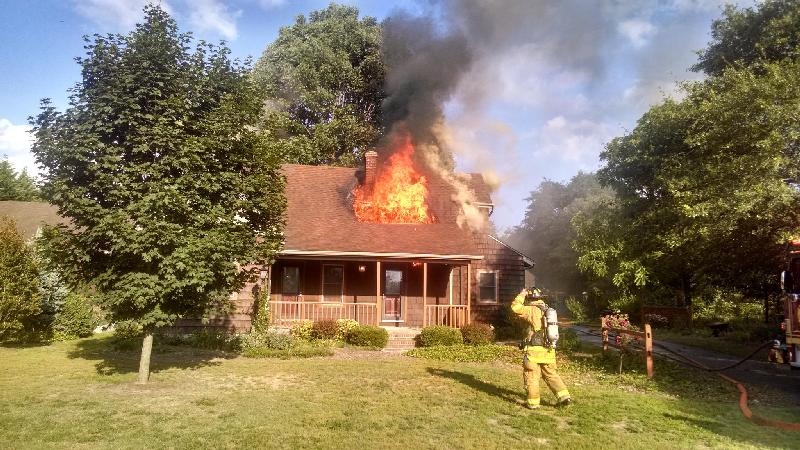 06/05/2014 – On Thursday evening June the 5th at 1751 hours the Laurel, Delmar, and Sharptown Fire Departments were dispatched for a structure fire on Mount Pleasant Rd near Bethel. Captain Dwayne Chaffinch was in the area and arrived on scene to confirm a working fire. Asst. Chief Steve Brittingham responded in Command 81 and arrived next assuming command of incident. E/T 1402 arrived first and was directed to the rear of the structure to help free up the driveway for Tower 81. Their crew advanced a hose line in thru the rear and started fire extinguishment. E 81-4 arrived next under the direction of Asst. Chief Tim West. Asst. Chief West was giving Operations of the incident. His crew advanced a backup line in thru the rear to assist Sharptowns crew. E/T 74-2 arrived under direction of Fire Chief Andrew Rementer. His crew pulled a third hose line and knocked fire down in the front of the structure. Tower 81 arrives and backs into the driveway and sets up to go to work. E 74-3 arrives and assists their firefighters already on scene. E/T 81-5 arrives and provides water and additional manpower. Command requested an additional tanker company and rescue bringing station 71 (Blades) to the scene. One additional tanker was requested, so dispatch sent tanker 608 (Parsonsburg) from station 74 to the scene. Blades crews arrive and assist in extensive overhaul.

Several times interior crews reported the fire was knocked down and had no visible fire, but still had extensive heat conditions. We finally got the answer when the owners arrived on scene and advised us that the home was originally 1 story, and the second floor was added later, and there was a 2 foot void space with HVAC and pipes for second floor utilities. Firefighters were then able to obtain while there was so much heat upstairs with no visible fire as it was in the void space. Crews then opened up the exterior walls, and cut the ceilings with saws due to being tongue and groove hard wood celling/floor to make access to finally extinguish the fire. Command was able to place the incident under control in approx. 2 hours; however Laurel and Sharptown crews remained on scene til 2154 hours. The cause of the fire is to be determined. Thanks to all the Departments on scene for their hard work, and the stations that provided stand-bys through the incident.

Story and Pictures by Dwayne Chaffinch 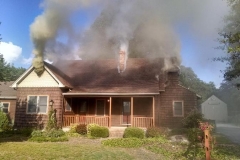 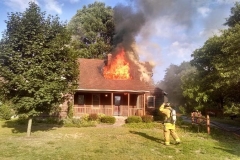 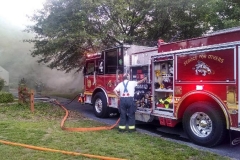 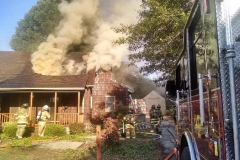 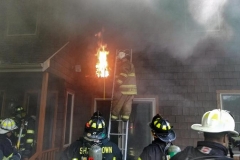 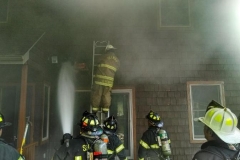 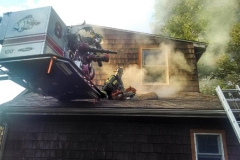 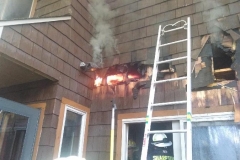 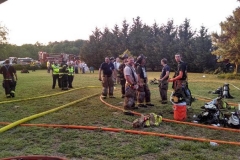 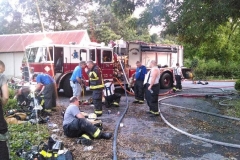 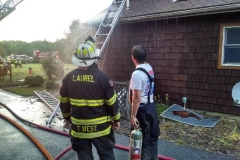 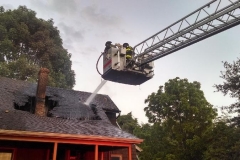