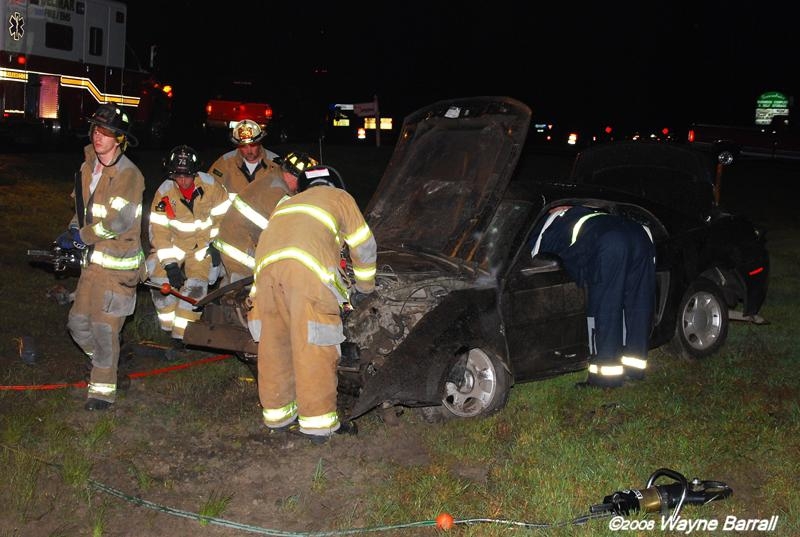 6/15/2008 – Just after midnight, Sta.74 Delmar & Medic 102 was alerted for a accident with injuries on Rt.13 north of Delmar. Crews arrived to find a Ford Mustang down an embankment with the driver trapped inside. Ems crews went to work with patient care while the crew of Rescue 74 set up for a extrication. They had to pop both doors to gain access to the driver. She was removed and transported to PRMC in Salisbury Md for treatment.

The Delmar Police Department along with Delaware State Police were on scene conducting an investigation to the cause of the accident. The driver some how lost control and left the roadway about 150 feet prior to where she came to rest. She hit a driveway embankment and went air borne for about 50 feet and over turned when landing further down the road. The driver was very lucky not to be injured any more than she was!

The Delmar Fire Police shut down one lane of Rt.13 during the alarm. 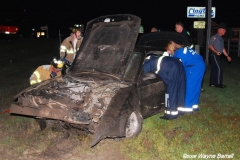 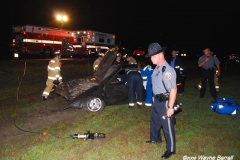 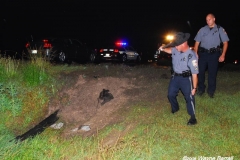 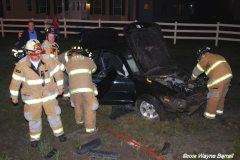 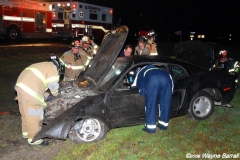 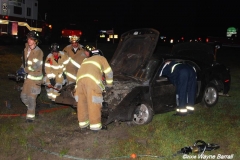 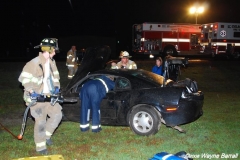 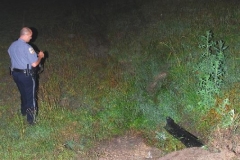 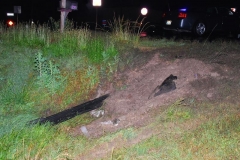 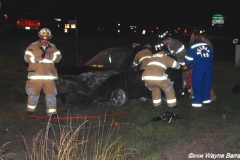 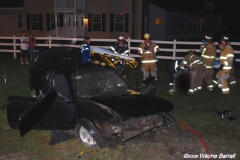 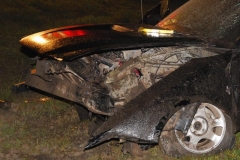 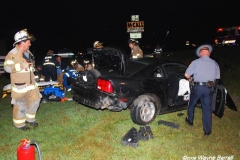 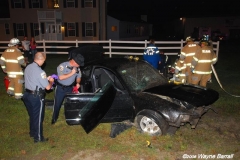 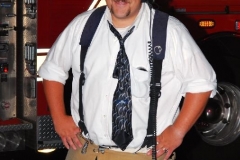 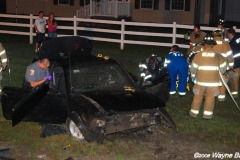 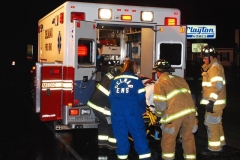 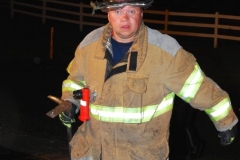 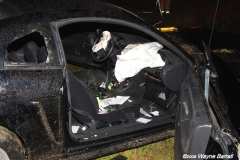 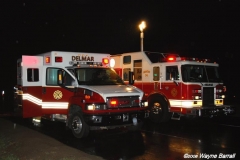 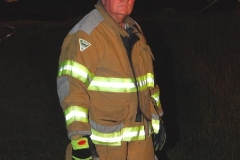 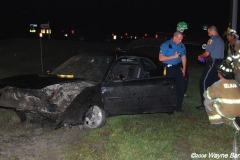 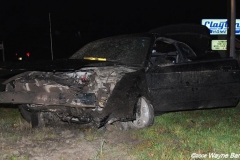 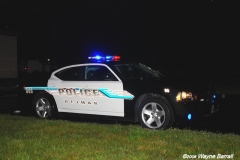 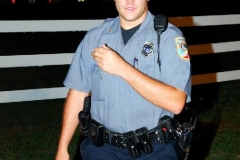 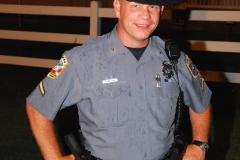 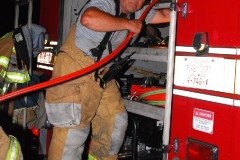