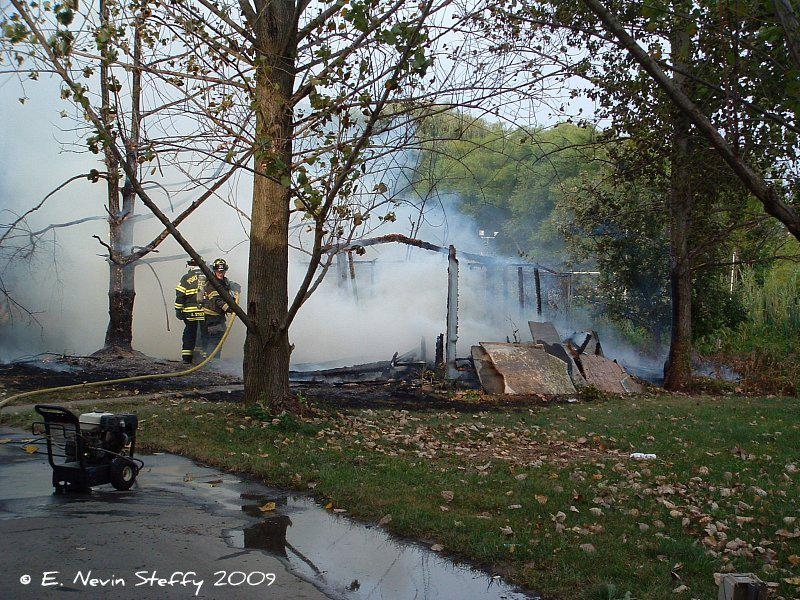 7/11/2009 – On Saturday, July 11, 2009, New Castle County Stations 4 and 24 (Odessa), 29 (Port Penn), 1 and 27 (Middletown), and 15 (Delaware City) were alerted for a building fire at 704 Bullen Drive in Grand View Farms. Station 4 Captain 1 marked up and advised a shed fire fully involved. With the first officer on the scene evaluatung, it was reported to be a small untility shed already on the ground, and the assignment was reduced to Tanker 29, Engine 4-5 and Engine 24-3. Tanker 29 was the first unit on location and had their own water supply. The engine crews were utilized for overhaul.

The scene was turned over to the Delaware State Fire Marshal’s Office for investigation. 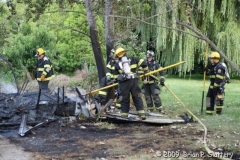 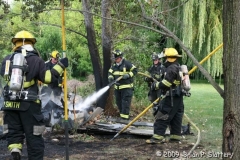 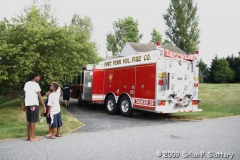 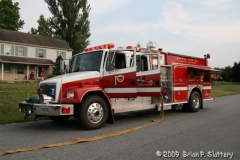 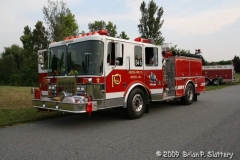 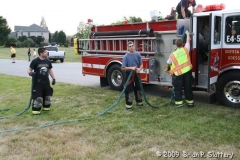