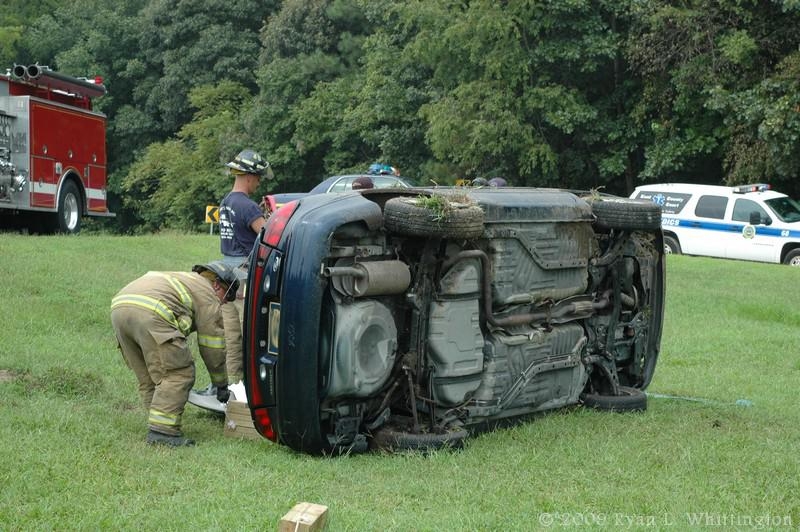 A-48 arrived on scene and confirmed entrapment of one priority two patient. After further triage found there to be a total of 4 patients. A-48 requested two additional BLS units.
Rescue / Engine 48-1 arrived on scene under the direction of Firefighter Thompson. The vehicle was secured by using ‘Rescue 42 Struts.’ After the vehicle was secured, crews removed the roof of the vehicle and extricated the patient. 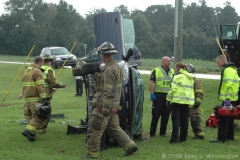 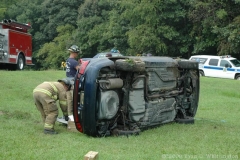 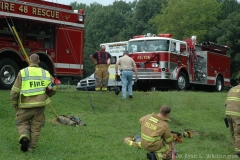 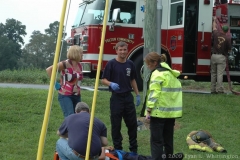