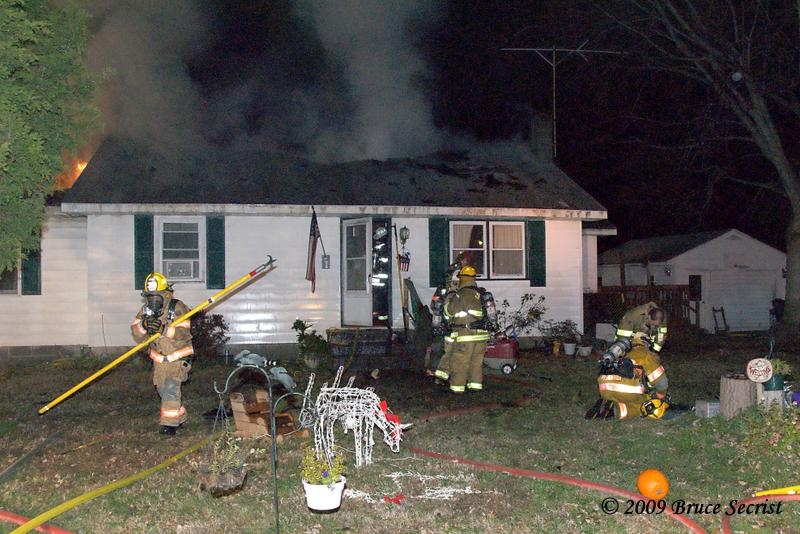 12/4/2009 – At approximately 6:00 PM Station 20 (Oxford), Station 30 (Trappe) and Station 60 (Easton) were dispatched for a house fire at 103 East Pier Street. Minutes later Talbot Center advised all responding units that an Oxford Police Officer was on location and reported fire through the roof.

Engine 23 arrived on location, Officer 207 (W. Mayock) reported heavy fire through the roof and established command. Crews advanced a hand line through the front door and initiated an interior attack. Upon the arrival of Officer 202 (K. Kirchhoff), command was transferred to him and Officer 207 assumed interior command. Crews from Station 30 and Station 60 assisted with fire suppression and overhaul. Units operated on the scene for approximately 2 hours before command placed the situation under control and released all units. 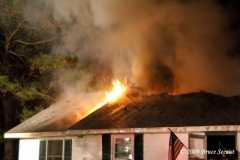 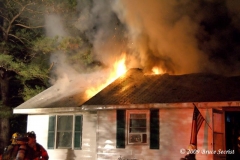 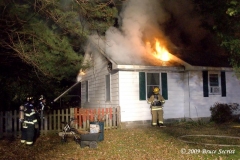 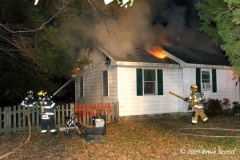 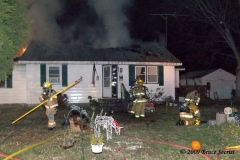 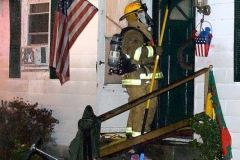 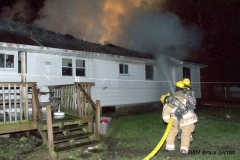 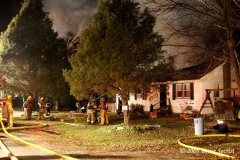 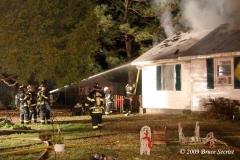 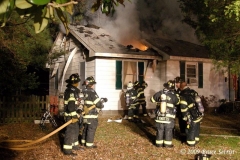 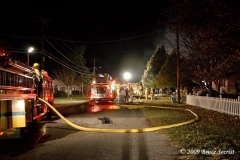 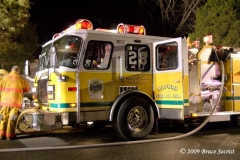 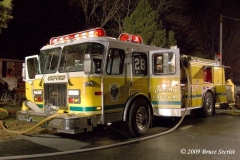 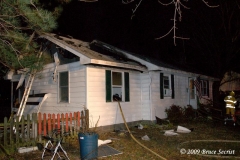