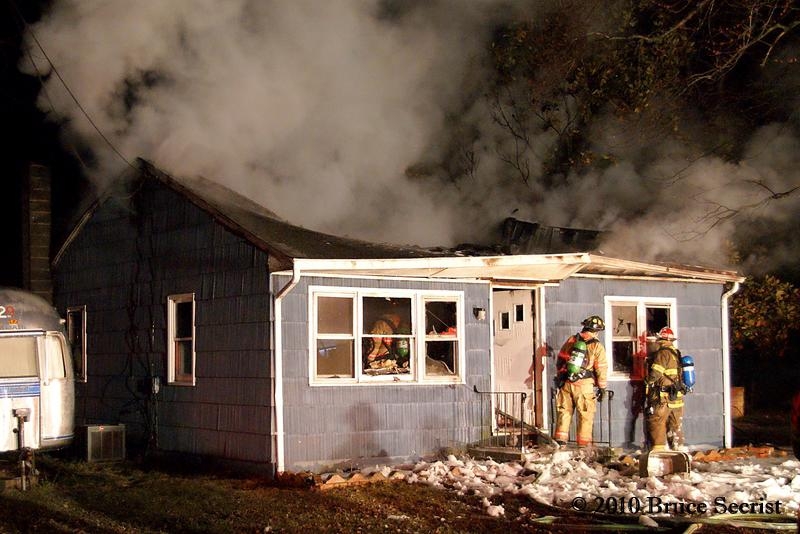 Engine 603 arrived on location to find a single story wood frame structure with fire through the roof. Chief 6 arrived and Officer 615 (C. House) established “Greensboro Road” command. Crews pulled hand lines from Engine 603 and were able to put a quick knock on the blaze. Crews remained on the scene for approximately 2 hours for overhaul.

Station 400 (Ridgely) and Delaware Station 50 (Harrington) were also dispatched to fill the box.

JUST A REMINDER: If the road is closed by the State Police, Fire Company, Sheriff’s Dept and so on, DO NOT try to go around them. They have the road closed for a reason, the safety of the personnel on the scene. My hat goes off to the State Trooper that gave the impatient truck driver a ticket for trying this. 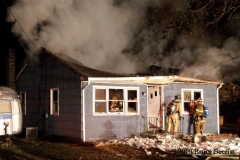 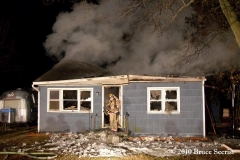 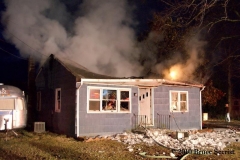 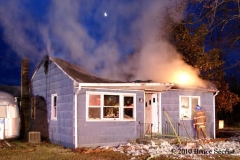 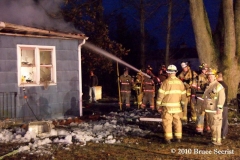 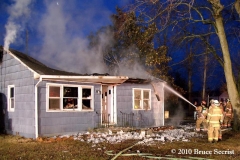 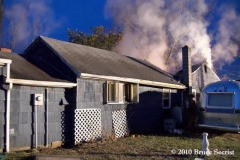 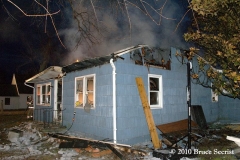 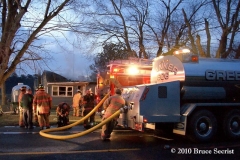 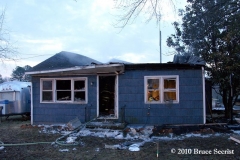 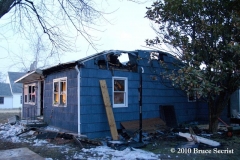 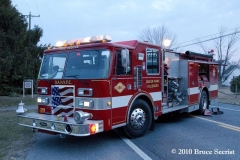 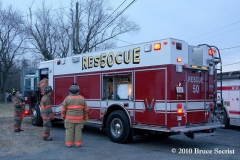 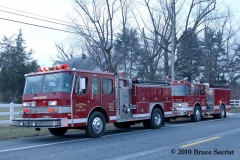 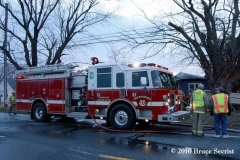 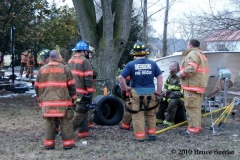 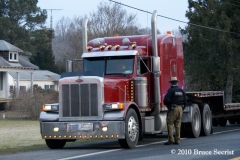 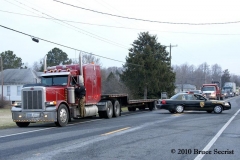