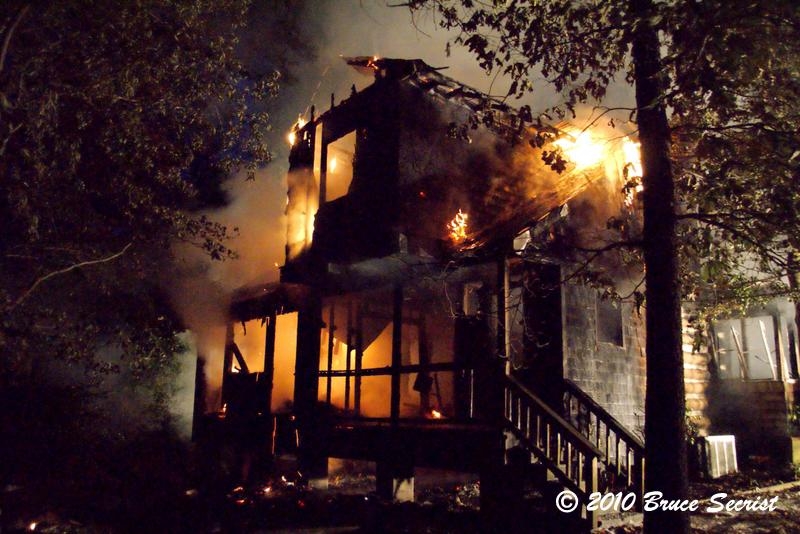 5/29/2010 – At approximately 4:10 AM Caroline dispatched Station 600 (Greensboro), Station 300 (Denton) and Station 700 (Goldsboro) for a house fire at 25546 Linhard Lane. Officer 616 (J. Bambary) arrived on location to find a two story log cabin with heavy fire showing and established command. Engine 603, Engine 703 and Engine 304 were able to lay a supply line up the lane and all other equipment staged on Greensboro Road. Command requested additional Tankers and Engines from Station 400 (Ridgely), Talbot County Station 80 (Queen Anne-Hillsboro) and Delaware Station 50 (Harrington). Crews operated on the scene for approximately 4 hours doing extensive overhaul.

The occupant of the house was able to escape by jumping from a 2nd floor window and was treated at the scene.

The cause of the fire is under investigation by the State Fire Marshall’s Office and the Red Cross was called to assist the occupant of the house. 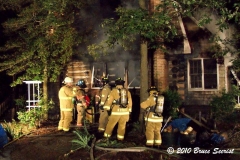 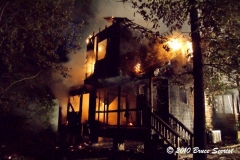 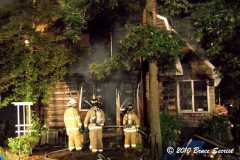 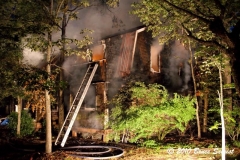 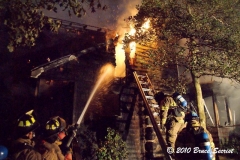 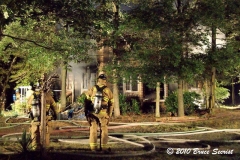 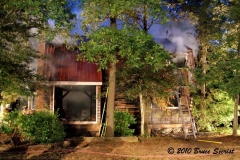 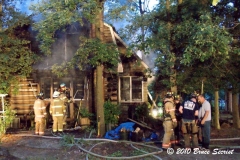 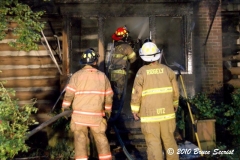 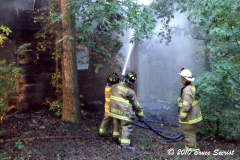 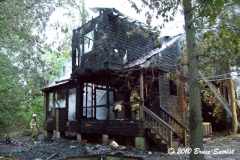 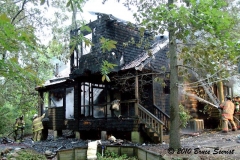 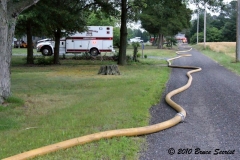 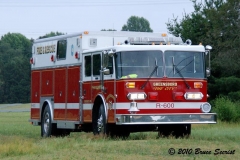 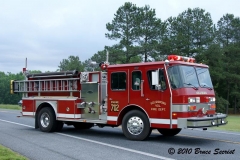 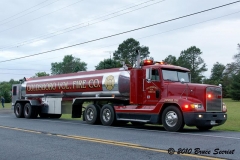 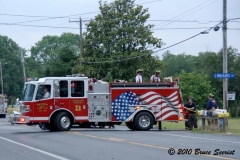 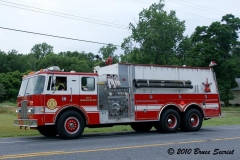