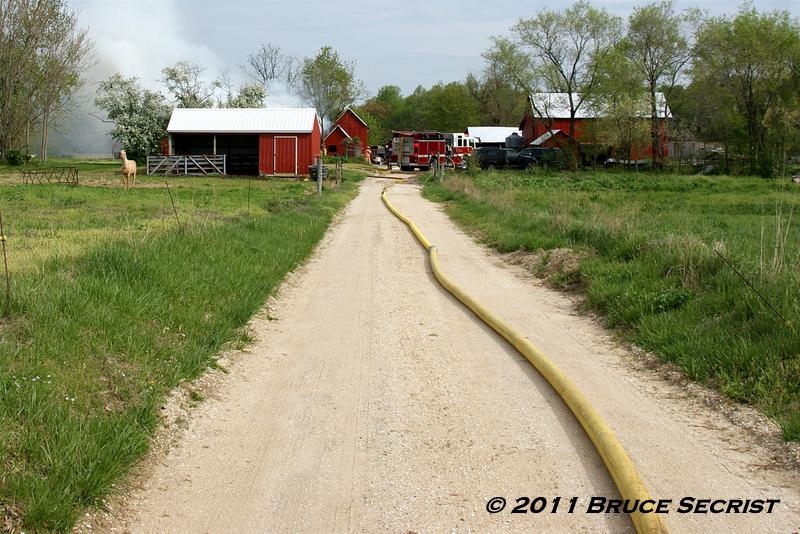 4/22/2011 – At approximately 9:20 AM Caroline dispatched Station 600 (Greensboro), Station 700 (Goldsboro), Station 400 (Ridgely) and Station 300 (Denton) for a working barn fire at 26907 Boyce Mill Road. Chief 6 (F. Davis) arrived on location, reported one barn well involved with several exposures and established command. Once crews were able to knock the bulk of the fire they discovered some extension into a small shed next to the structure. Crews remained on the scene several hours doing extensive overhaul. 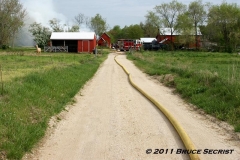 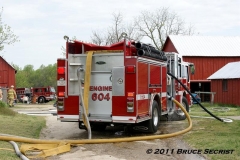 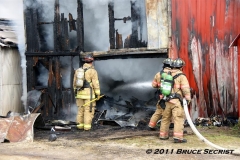 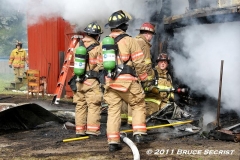 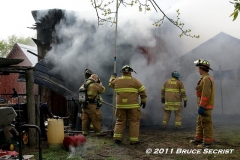 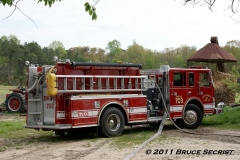 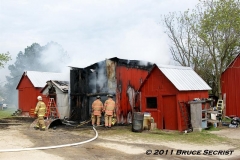 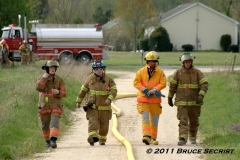 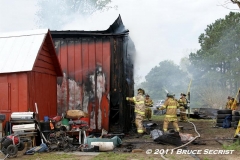 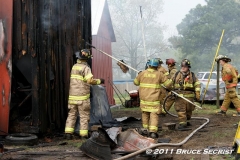 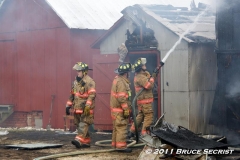 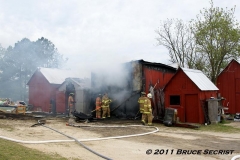 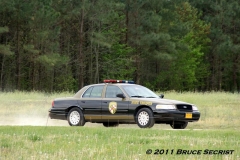 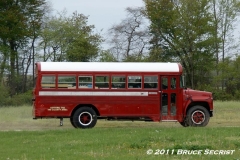 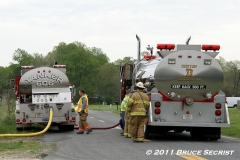