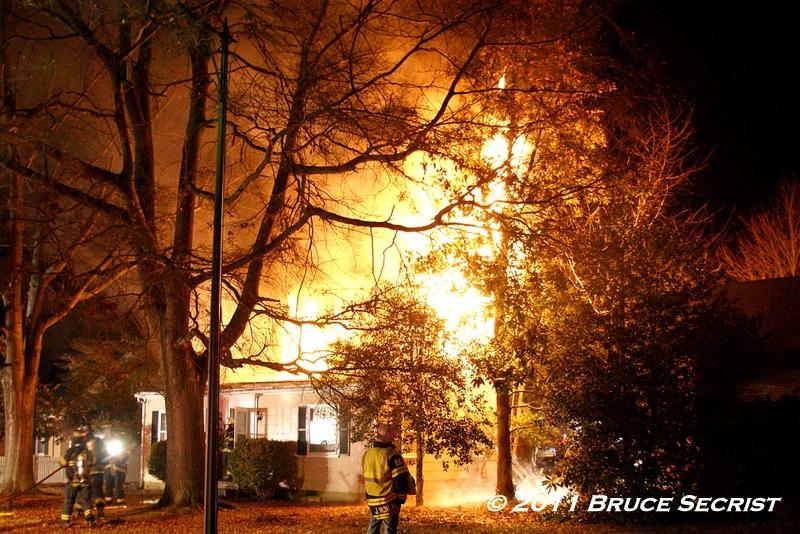 Easton Police Department Officers, Cpl. Eric Kellner, Pfc. Steven Tindle and Pfc. Michelle Schuerholz were the first to arrive on location and reported heavy fire coming from the attic area of the home. The officers entered the house before the fire department’s arrival and found two adults and an infant asleep inside the house. The officers were able to safely evacuate those subjects. Chief 60 (J. McNeal) arrived on location and established command.

Crews initially started with an interior attack; however the structure was evacuated due to the roof getting ready to collapse. The remainder of the blaze was battled from the exterior. Crews remained on the scene for several hours for extensive overhaul. The cause of the fire is being investigated by the State Fire Marshall’s Office. 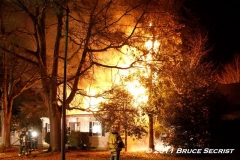 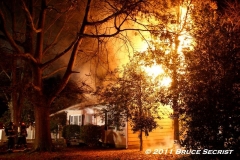 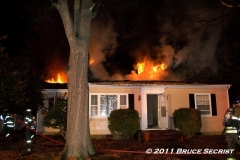 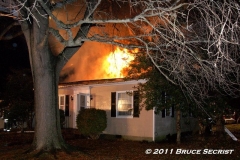 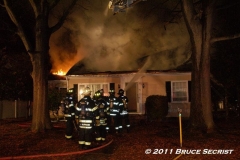 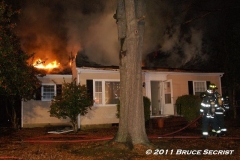 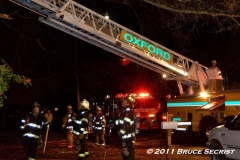 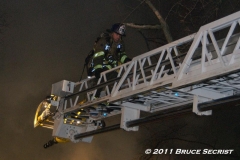 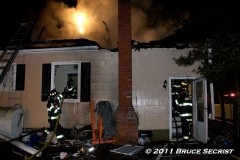 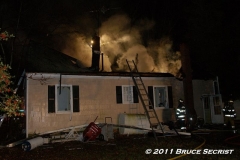 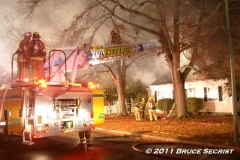 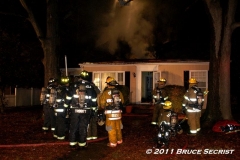 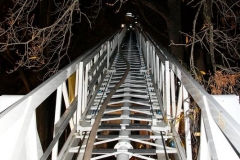 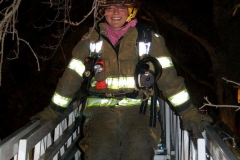