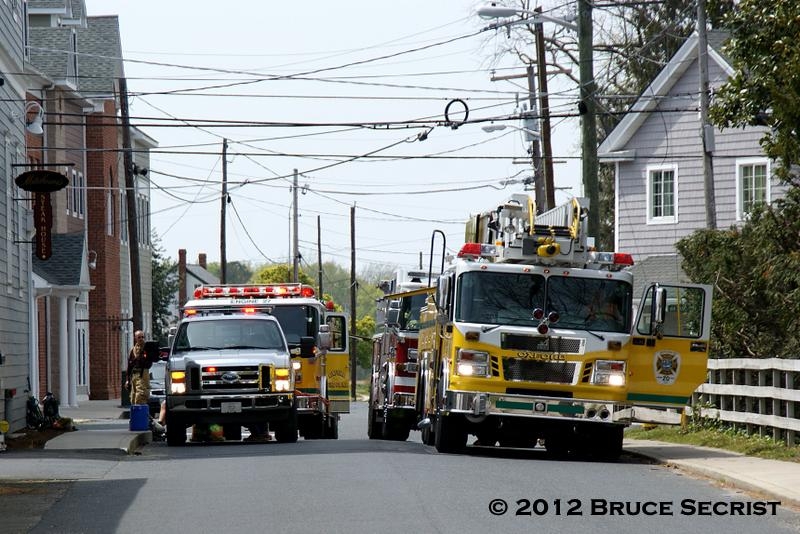 4/14/2012 – Talbot Center dispatched Station 30 (Trappe), Station 20 (Oxford) and Station 60 (Easton) for a hazardous materials incident on Maple Ave just off of Route 50. A plastic container had fallen out of the back of a truck into the roadway.

Chief 30 arrived on location and Officer 301 (N. Newman) established command. After further investigation it was determined the container was marked Methyl Ethyl Ketone Peroxide, a Health Hazard II and inhalation hazard. The container was leaking a vapor which is highly toxic and extremely flammable. The product also is shock sensitive and could react violently with other materials. A small section of the town was evacuated and Route 50 was shut down in both directions. The Talbot County Special Operations Unit, MDE and the Rescue Fire Co. Hazmat unit also responded to the scene. Once on location MDE cooled the container in a cooler of ice and packaged it for transport to their facility for disposal. 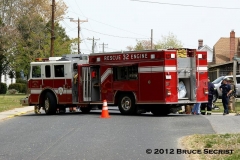 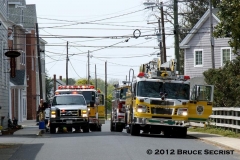 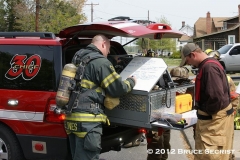 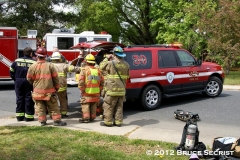 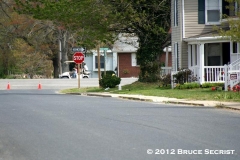 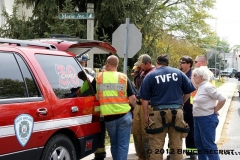 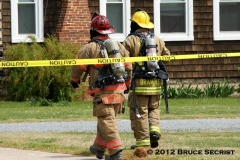 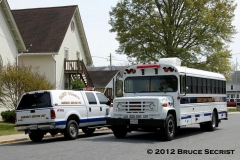 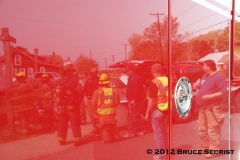 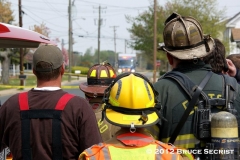 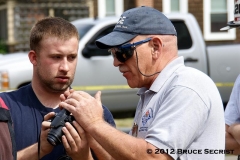 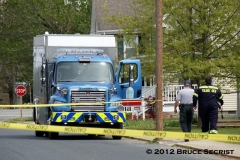 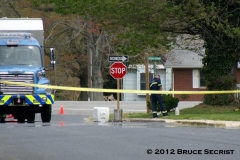 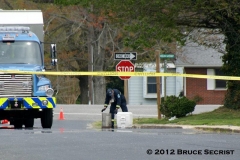