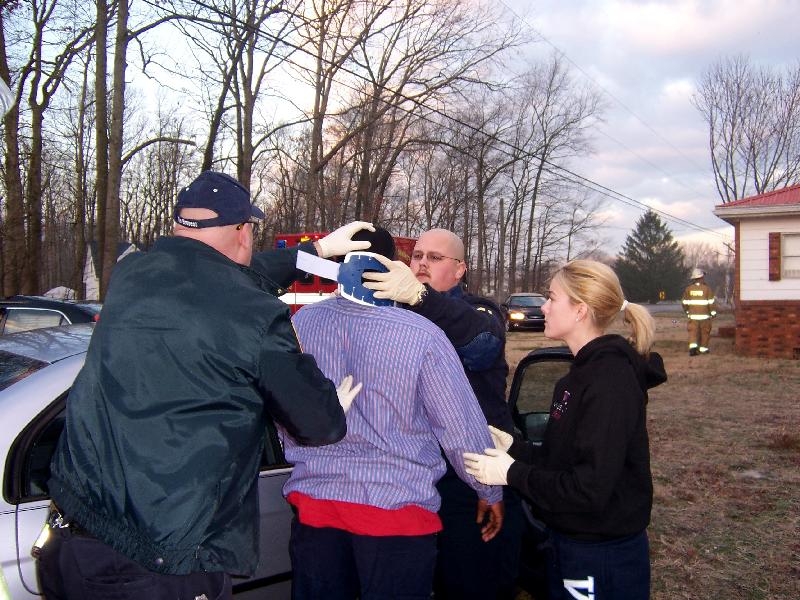 The arriving BLS unit found a compact car that had left the roadway on a slight bend and struck the corner of a brick residence. The vehicle struck the residence, driver’s door first, just forward of the “B” post. The vehicle sustained significant compartment intrusion on the driver’s side with side air bag deployment. The pt had self-extricated himself and was ambulatory upon BLS arrival. Due to high mechanism of injury, ALS was requested. The pt was packaged for transport and taken to Kent General ED where a trauma alert was called.

Units on scene were then dispatched to a second MVC in their first due. 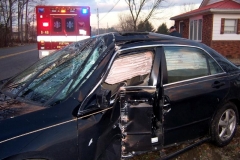 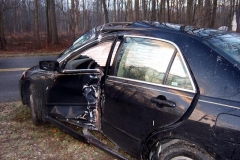 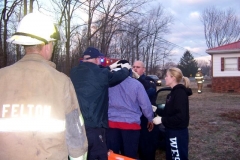 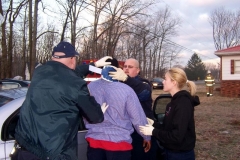 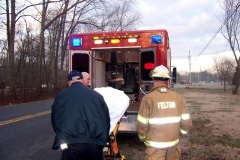 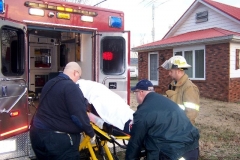 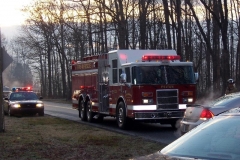