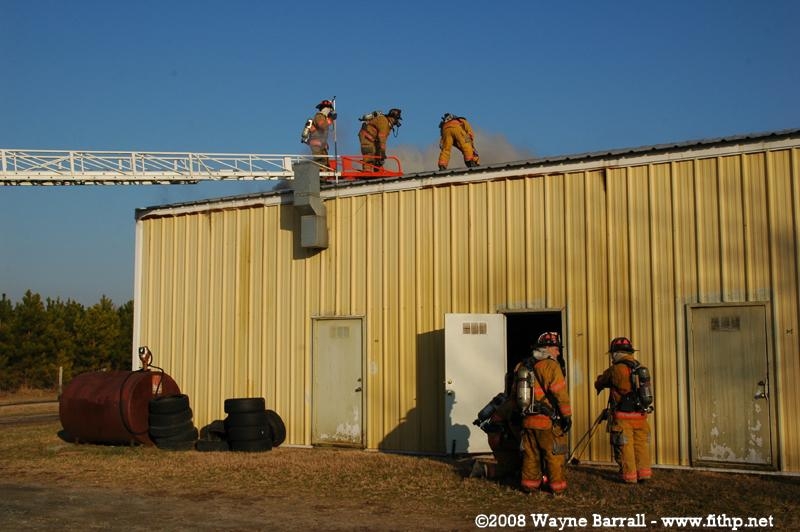 1/28/2008 – At approx 1500 hrs Fruitland Station 3 and Salisbury Station 1 were alerted for a working structure fire on Meadowbridge Road in Fruitland. While enroute Wicomico Central advised incoming units F.P.D was o/l confirming working shed fire w/ exposure problems to propane tanks. E301 had responded w/ 3-26 (E.Pope) and a crew of 3 and went o/l w/ working 40×60 shed fire ,and established command. Also E-1 from Salisbury arrived moments after w/ 1-20E(J.Jester) w/ a crews of 3. E301 positioned side ‘A’ of the structure and put 2- 1 3/4 lines in service and began suppression ops. E-1 went to the ‘D’ side of the structure intially putting an addt’l 1 3/4 line in service and then diverted to roof ops under Salis A/C (B.Records), when 3-20 (D.Elliott) arrived o/l and assumed the command. Also, at this time E1-1,Sq1 were enroute from Salisbury and 2 Addt’l Tankers from Station3. Command requested status reports from the intial operating crews which confirmed difficult access to the fire at this time. Command requested Trk-16 to scene for addt’l man power and for ventilation purposes. At this time E1-1 arrived o/l under 1-21 (B. Fowler), and command requested they set-up on side ‘B’ of the structure and also put 1 addt’l 1 3/4 line in service leaving side ‘C’ for Trk-16. Engine 1-1 crew made access to the 2nd story by breeching a ceiling from a secondary access point. Nothing was found except smoke conditions on the 2nd story. Trk 16 arrived and put an addt’l vent crew to the roof under Captain (B.Adams). Also,an addt’l Engine Crew from Station 3, and Air Light 2 were put on the call by command for addt’l manpower and for rehab purposes. All Crews worked aggressively & safely to control the fire, and after about 45-60 minutes had brought the fire under control. Extensive overhaul was required occuping crews on the fire scene for a total of about 3 1/2 hours. F/M was called to scene for investigation and it was revealed the cause of the fire was from a burn pile that had spread into the structure. Delmarva Power was requested to the scene for utility control. 1 minor F/F injury noted on fire ground w/ a ‘foot injury’ later treated and released from Prmc.

Per the Building Owners Request : He would like to express his thanks to all of the firefighters and other personnel that came and battled the cold weather to put the fire out. 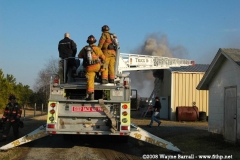 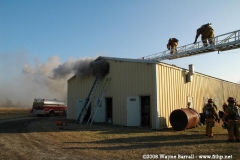 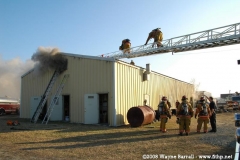 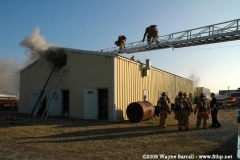 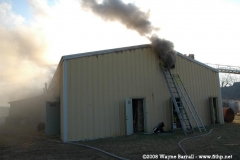 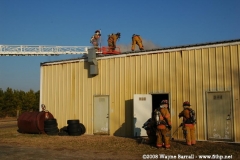 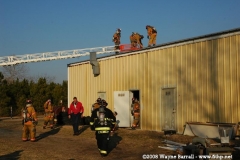 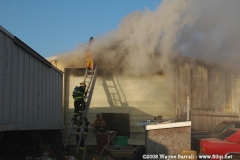 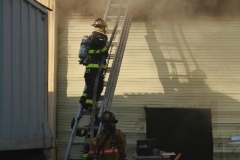 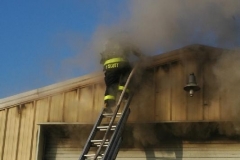 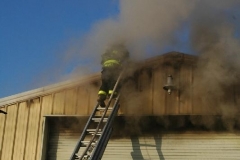 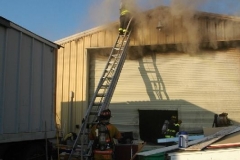 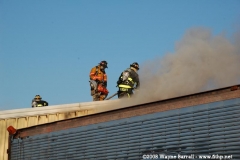 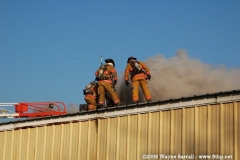 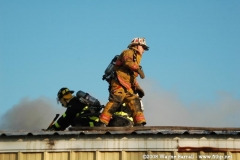 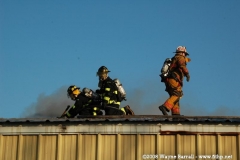 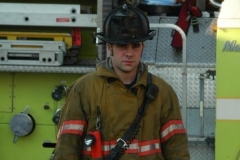 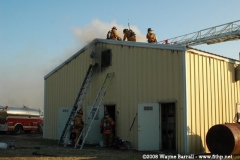 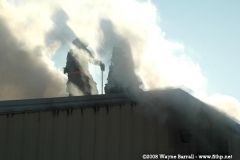 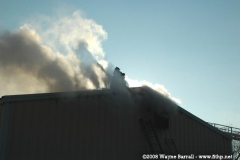 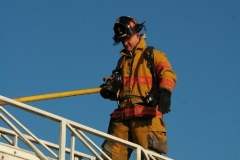 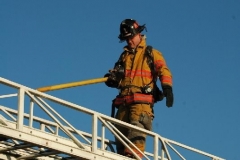 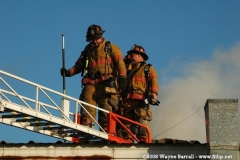 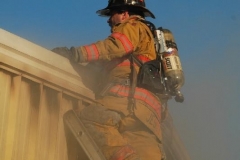 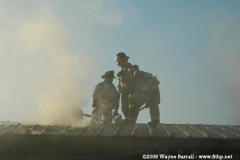 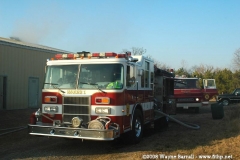 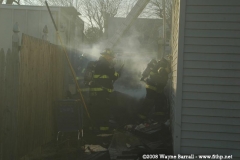 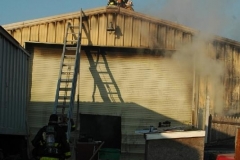