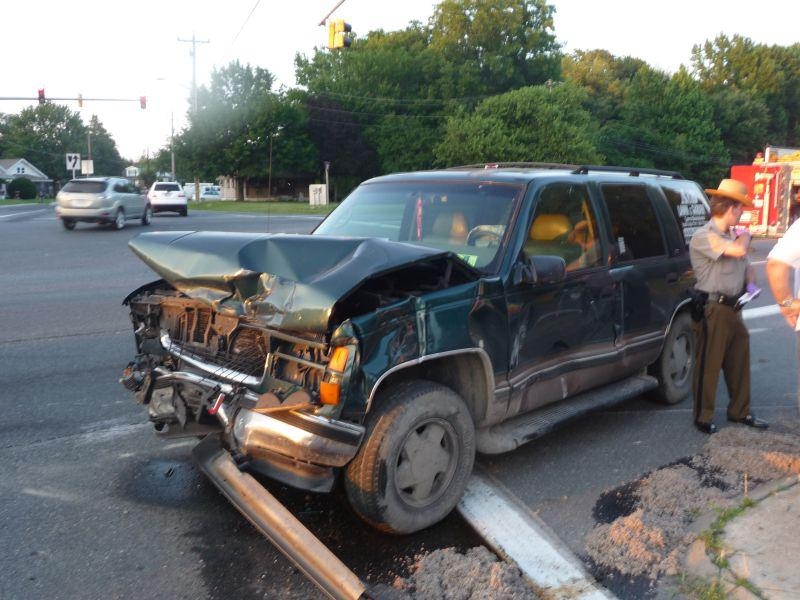 Mardela Springs Fire/EMS was dispatched for a MVC with Rescue at the intersection of Ocean Gateway (US 50) and Route 54. Paramedic A-9 arrived first and found a Chevrolet S-10 pick-up truck in the median having sustained major damage, resulting from a traffic collision with a dump truck. A-9 reported two occupants in the pick-up and confirmed entrapment. Rescue-Engine 906 arrived next and put hydraulic cutters in service and partially removed the roof of the pick-up to allow for patient extrication. Ambulance B-9 arrived and that crew co-ordinated supplying EMS and c-spine equipment from each ambulance to the crews attending the patients. Command requested an additional ALS provider to the scene and a paramedic ambulance from Hebron responded. The first patient extricated was transported by Hebron’s unit, Priority 1 to PRMC. The second patient was transported by Paramedic A-9, also Priority 1, to PRMC. Hebron Rescue-Pumper 501 responded to the scene to assist with extrication.

Mardela Springs Fire/EMS was dispatched for a MVC at the intersection of Ocean Gateway (US 50) and Main Street. Ambulance A-9 responded quickly and found a two vehicle collision at the traffic light involving a Chevrolet Tahoe and a Dodge Durango. A-9’s crew advised a door pop was required on the Durango. Rescue-Engine 906 responded, pulled the Hurst tool and popped the front passenger door. One patient was transported Priority 2 to PRMC by Paramedic A-9. Ambulance B-9 transported one Priority 3 patient to PRMC. 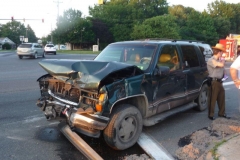 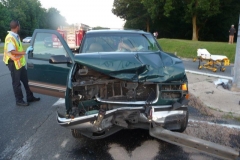 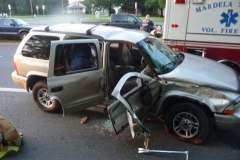 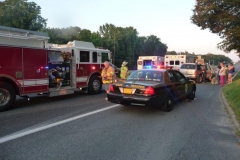 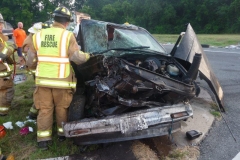 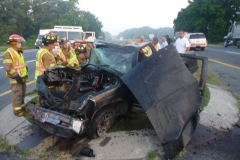 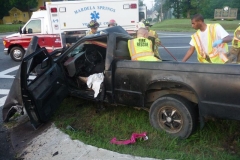 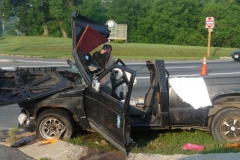