12/5/2009 – At approximately 2:40 PM Caroline dispatched Station 700 (Goldsboro) for an MVC reported serious with rollover and entrapment on Goldsboro Road (Rt. 313) in the area of Baltimore Corner. Officer 715 (J.T. Bartz) arrived on location minutes later, reported one vehicle with rollover and confirmed entrapment. Officer 715 established “Goldsboro Road” command. Upon further investigation command requested the next due Rescue with airbags to assist with extrication. Crews from Station 700 and Station 400 worked for approximately 35 minutes before extrication was complete.

One patient was transported Priority 1 to Kent General Hospital in Dover and four other patients were transported with minor injuries. The accident is under investigation by the Maryland State Police. 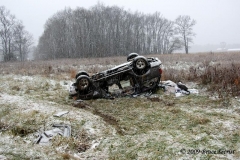 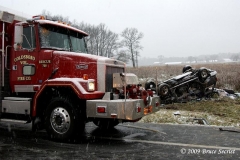 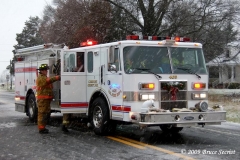 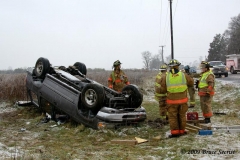 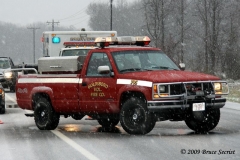 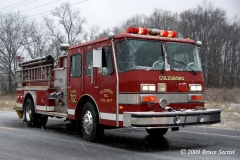 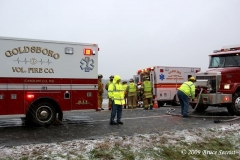 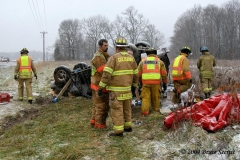 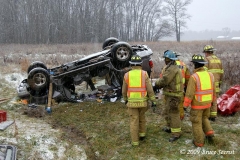 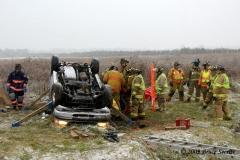 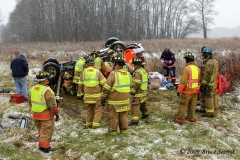