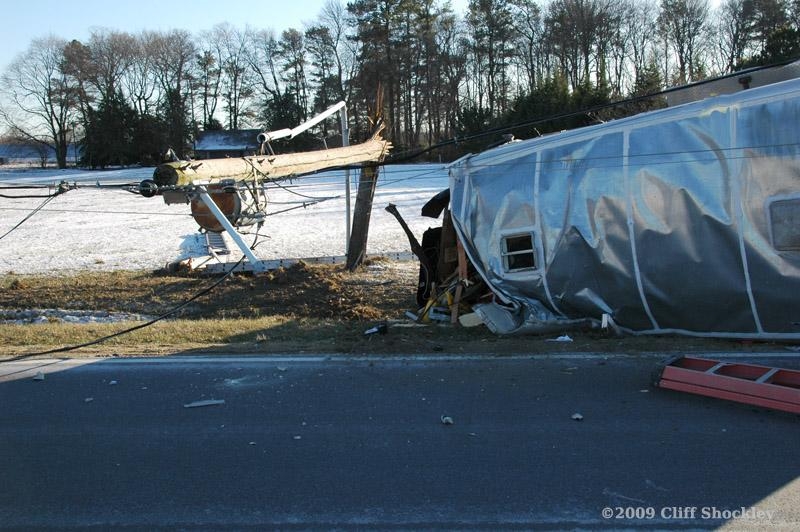 1/10/2010 – At 3:30pm an enclosed utility trailer became detached from it’s tow vehicle, struck 4 mailboxes, before colliding with a utility pole. Delmar Station 74 was alerted to responded to evaluate the driver and passengers of tow vehicle. Command and fire police remained on scene until the power lines and trailer could be removed from the roadway. The scene was released to Delaware Electric Co-Op and DelDOT. 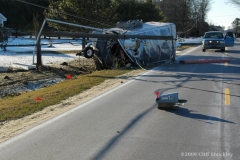 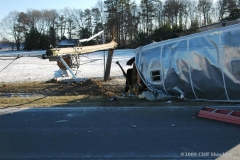 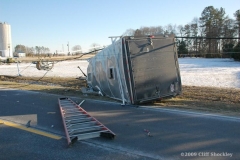 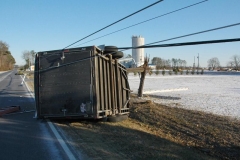 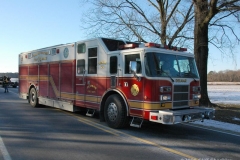 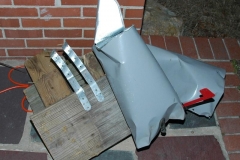