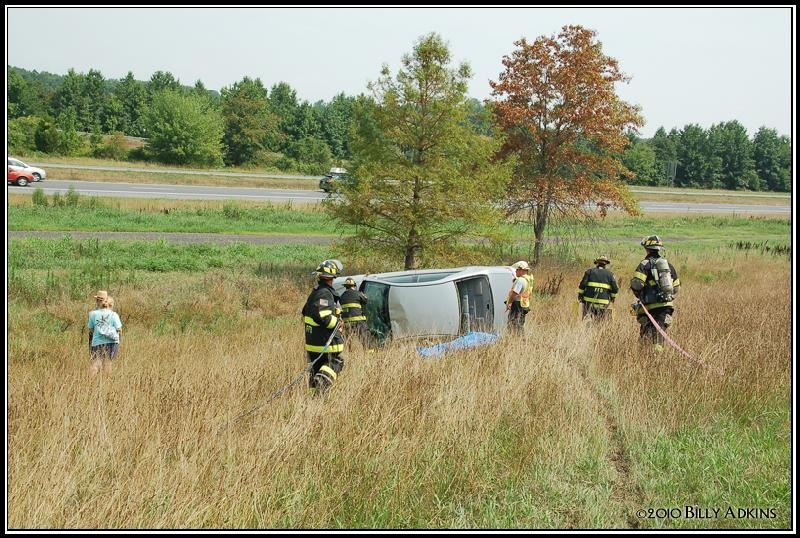 7/17/2010 – Station 3 Fruitland was dispatched around 10:45 AM for a MVC with rollover on the Salisbury Bypass at the onramp in the northbound lane. Once on scene Fruitland EMS advised it was actually on the onramp off the road and confirmed the vehicle was on its side. EMS workers attended to the patient while firefighters stabilized the car. The patient was not able to get out of the car, and advised her foot was stuck in the car. Once it was determined that emergency workers could not get the patient unstuck, they decided to cut the roof and flap it down to gain better access to the patient. Once the patient was removed from the vehicle Fruitland EMS transported 1 patient to PRMC. 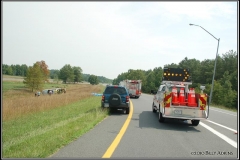 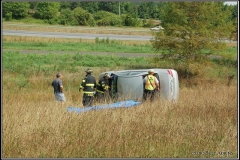 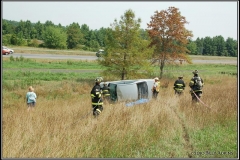 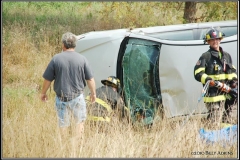 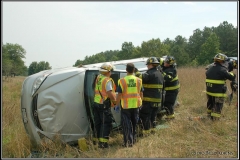 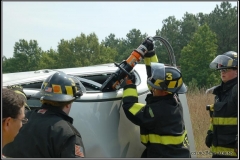 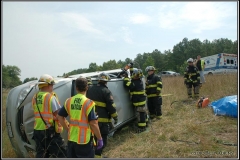 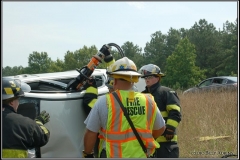 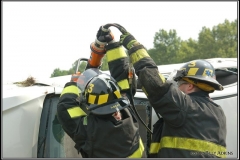 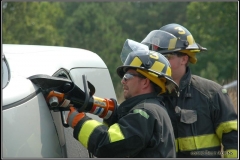 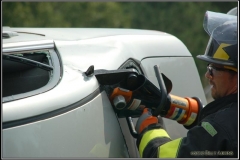 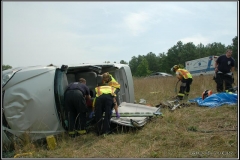 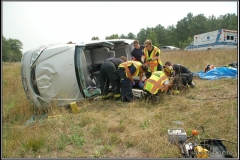 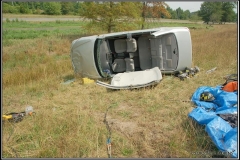 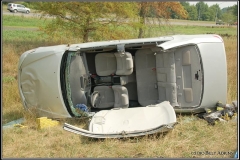 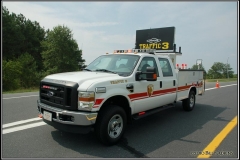